​Arsenal have confirmed they will speak to their players about social distancing guidelines, after Nicolas Pepe, David Luiz and Granit Xhaka broke lockdown rules in order to have a kickabout.

The UK is in lockdown as a result of the coronavirus pandemic, with footballers forced to train at home on their own.

UK Government guidelines state that individuals are only allowed to leave the house for essential food and medicine and daily exercise - which must be taken while adhering to social distancing rules. 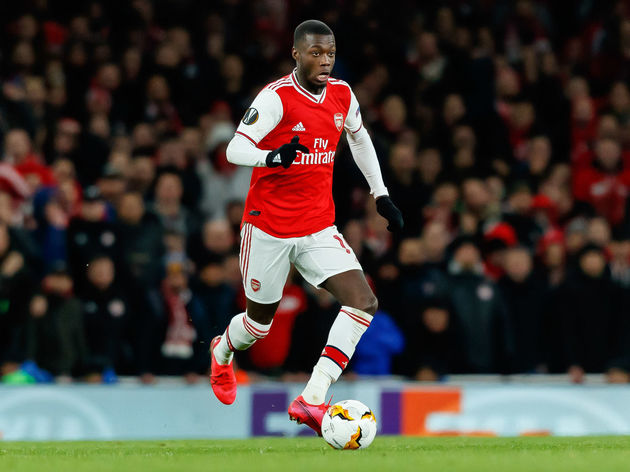 However, according to ​The Sun, a selection of Arsenal players have flouted these guidelines.

David Luiz and Granit Xhaka were spotted having a kick about together in a field in Southgate, north London on Tuesday.

Pepe meanwhile joined in a game on an astroturf pitch in Collingdale's Graham Park on 15 April, which he shared on Instagram.

An Arsenal spokesperson told the Sun: "

“We were concerned so we have spoken to Nicolas who shares a house with a number of relatives who were involved in this game.

“We have reminded him of the importance of everyone following the guidelines.” Ignoring government guidelines during lockdown is becoming a common theme in north London, after Tottenham duo ​​make a public apologyAurier had posted a video of the pair training together on social media.

Aston Villa captain Jack Grealish was also ​forced to apologise after flouting the government's guidelines to go and visit his former teammate Ross McCormack, and was caught out after being involved in a minor car accident.

Pepe, Luiz or Xhaka are yet to make a public apology, and Arsenal are yet to release an official statement regarding the matter.