The left back has a €60m release clause within his contract at the Portuguese giants, which could see Benfica set to cash in on the interest shown in the Spanish defender, with Manchester United and Manchester City alongside other European heavyweights regularly sending scouts to watch the 23-year-old. 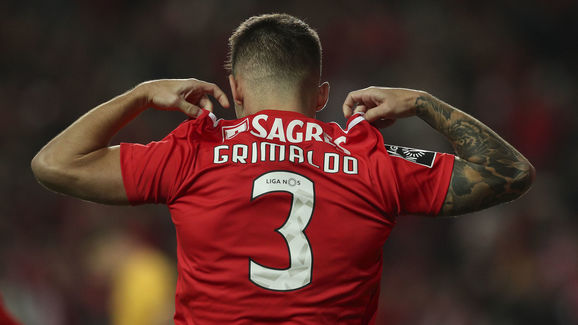 According to Portuguese news outlet ​Record, the ​Gunners' representative was in attendance at the Estadio Da Luz during Benfica's 0-0 draw against Galatasaray on Thursday night, a result which saw the Portuguese side progress to the Europa League last 16.

Grimaldo has been in fantastic form in the Portuguese capital, scoring six goals and registering five assists in 37 appearances in all competitions this season.

The Spaniard has started every league game of Benfica's league campaign, which sees them currently sit in second place. He also played every minute of the club's Champions League campaign, in which the club finished third in Group E, therefore competing against the Gunners in the Europa League.

Should Grimaldo exit Benfica during the summer transfer window, the club will make a huge profit on the £1.8m which they paid to Barcelona B to sign the defender back in January 2016.