​Before diving into this, please, dear reader, think in your head of one reason why Arsenal should pursue a move for soon-to-be free agent Layvin Kurzawa.

You've probably highlighted the 'free' part already. Ok, fair enough, because this is the kind of budget the club find themselves working with at present.

Lack of transfer fee alone, however, does not warrant making a move for Kurzawa. No, no, and no again. Sorry, non.

Let's address the player's actual quality first. On the surface, all seems well. He's an athletic full back who plays for the best club in France and has made 13 international outings to date.

Cool, nice, so far so good.

He's got quality in the final third as his goal rate demonstrates - he remains the only defender to score a hat-trick in a ​Champions League tie since its revamp - while his assist ratio also indicates he's a handy addition supporting the attack.

Going forward there are few complaints of his talents. He certainly fits the mould of a 'modern' full back, whose emphasis is on attacking. However, in a time where ​Arsenal need defender who can defend, his tendency to get caught out high up the pitch is not befitting of the club's needs.

Furthermore, defensively there several distinct chinks in his armour, which have remained largely covered up by virtue of playing for PSG, who steamroller inferior opposition on a weekly basis and have won six of the last seven Ligue 1 titles.

OK, moving on; does he at least boast longevity and an admirable injury record? I'm afraid not.

In his five seasons in Paris he has failed to amass more than 20 league outings in a single term, while he has suffered at least 13 separate injuries in four years. That isn't particularly enticing, especially for a club who seem to be forever burdened by an overcrowded physio room.

Look, there is no questioning that Arsenal are snooping around this move. The reports are endless, and they stretch back to January when it seemed a deal was inevitable.

But why, oh why, are Arsenal interested? There are so many elements that don't add up. 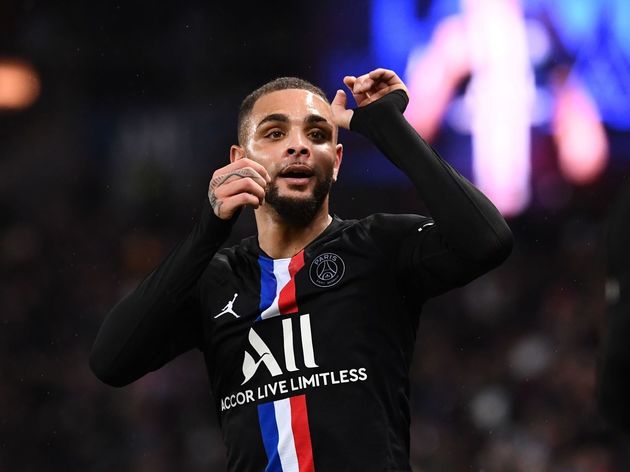 Mikel Arteta has been adamant in his idea of changing the culture at the club. The characters all need to be pushing in the same direction; where hunger, drive and dedication come before any notion of talent is considered.

Does Kurzawa possess that desire? That's hard to say, but ​questioned those attributes

But besides that, and more importantly, Arsenal already have that in the left back position. Not just one, either, but two (potentially three) left backs who have shown their commitment.

Firstly, Kieran Tierney. Signed last summer but struck with desperately unlucky injuries, he wasn't brought in as one for the future, but one for the present. The Scotsman is considered one of the most exciting in Europe at the moment, and while he hasn't been able to demonstrate that fully in north London yet, when fit and firing he takes his place in the starting lineup without question.

A ​recent Q&A the defender did highlights just how motivated he is. His family, friends and childhood are all up in Glasgow - people he sorely misses - and making the move down south was based solely on career aspirations. That is the kind of player that Arteta wants in his squad, and he's got him.

 @KieranTierney1 to feature in our latest 'Ask Me Anything' session with @rslashgunners on Friday, April 3

 More information on how to get involved 

Moving on, Sead Kolasinac's form has improved two-fold since the Spaniard took charge. While not the most complete, or indeed talented, left back in the league, the signs are there of rediscovering the form he showed at Schalke 04 prior to joining the club.

And moving on even more, there are a plethora of exciting young talents at the club working their way up from the academy. At the club there are prospects who live and breathe the club with the profile to match the club's new project. Bukayo Saka has been a revelation this season, filling in at an unfamiliar left back role, and he embodies all the above traits - and more.

Discounting the fact he isn't a left-back, that means Arsenal are still stocked up in that department. Why go and secure a free transfer who will undoubtedly command big wages for a position that doesn't need bulking. It makes no sense.

Yes, he won't cost anything (except wages and a hefty signing-on fee), and yes, that's what Arsenal's pitiful budget has left them dealing with, but if you're going to go out and sign a free agent, at least do it in a position that requires it. Surely that's common sense. Everything about this supposed move just seems off. The club need to focus their efforts elsewhere, add numbers in the positions that need it (right back, maybe?) and