​A Pierre-Emerick Aubameyang bicycle kick deep into extra time was not enough to secure Arsenal a place in the last 16 of the Europa League, with a goal from Youssef El Arabi in the dying seconds sending Olympiacos through on away goals.

The defeat could also spell the end of the Gunners' slim Champions League qualification hopes.

The first real opportunity of the game came when Nicolas Pepe was brought down on the edge of the box by visiting defender Ousseynou Ba - who was fortunate to escape with just a yellow card. Pepe fired the resultant free kick just wide. Olympiacos' best chance of the half fell to Mady Camara who, after producing a magical solo run, scuffed his shot wide of the near post.

The Gunners thought they had opened the scoring just before half time when Alexandre Lacazette finished off Bukayo Saka's cross, only for the goal to be ruled out for offside.

After the break Pape Abou Cisse nodded home from a corner to give the Greek champions the lead on the night and level up the scores on aggregate. 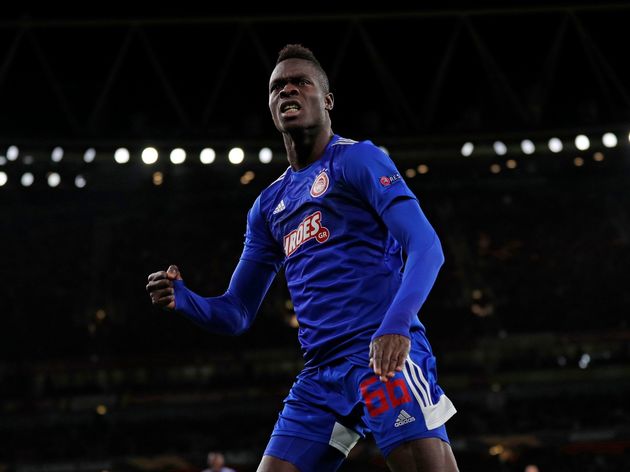 The hosts finally burst into life with ten minutes left of normal time. With Pepe causing problems for the Olympiakos defence, Lacazette somehow failed to finish off a straightforward chance at the back post.

Both sides had further opportunities to grab a winner but neither could find a breakthrough, forcing the game to extra time.