Arsenal went into lockdown when it became apparent that Arteta had contracted the COVID-19 virus, with the Spaniard’s diagnosis also prompting the suspension of the Premier League. 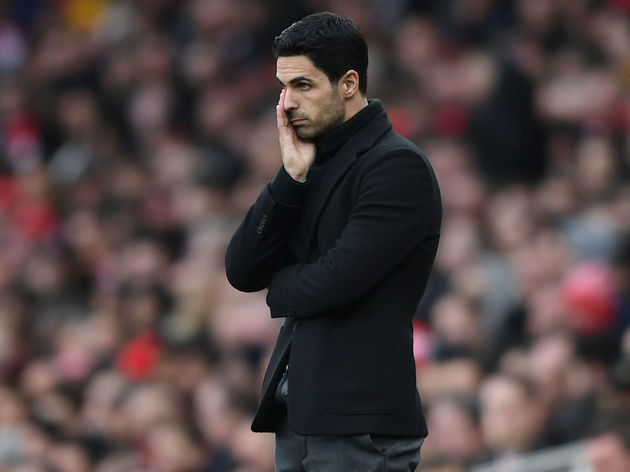 The Gunners will end their isolation next week once the two-week incubation period is over and Arteta in particular is keen to get back to work – a social media video from his wife, Lorena Bernal, explained the 37-year-old would never normally miss work with the symptoms he had.

When business resumes, the Daily Telegraph reports that resurrecting contract talks with Saka will be among the tasks at the top of the club’s ‘to do’ list.

The 18-year-old, who has become an important first-team player this season, is only under contract with Arsenal until 2021 and is a free agent risk if he does not sign a new one.

The newspaper explains that Saka’s focus has so far been on playing rather than negotiating a new deal, which mirrors the situation Callum Hudson-Odoi found himself in at Chelsea after initially breaking into the first-team and being linked with Bayern Munich.

It is said that Saka’s contract situation has ‘led to rival clubs sensing he could be available’, with Manchester United in particular speculatively linked with the teenager so far. As things stand, Saka is earning an estimated £7,000 per week, plus appearances bonuses, under the terms of what is his first professional contract.

But while Saka potentially has a very bright future at Arsenal, another home-grown player in Ainsley Maitland-Niles may be coming towards the end of his time with the club. The versatile 22-year-old has been out of the team since January and there have been suggestions that timekeeping problems could be the reason for this.

Having noted Maitland-Niles’ preference to play in midfield rather at right-back, something Arteta is unlikely to be receptive to, David Ornstein explained in The Ornstein & Chapman Podcast, “One suggestion I got was that he has been late for a couple of training sessions. Arteta would not like that, given the discipline, behaviour, respect and culture that is so important to him. “Some people at Arsenal think it could be done for Ainsley Maitland-Niles at Arsenal. We don’t know for a fact, I’m just reflecting suggestions I’ve heard.”