Arsenal to swoop on Real target as ban bites 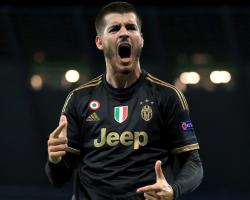 Wenger knows he has a golden opportunity to win the title this season and that a world class striker could make all the difference.

Morato enjoyed instant success in his first season, scoring 15 goals and winning the Serie A and Coppa Italia double but this season he has started just eight times in the league.

Morato has dawn comparison with the legendary Fernando Morientes.

The suggestion is that Arsenal will be in a strong position to do business with the transfer ban on Real Madrid effectively nullifying their buy-back clause.