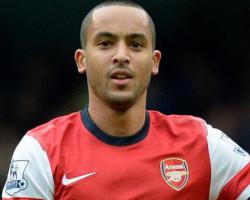 
Gunners without Giroud and Gibbs

Manager Arsene Wenger admits Arsenal are "on alert" for a "special" forward addition as the transfer window opens, but stressed the club are not looking to replace lead man Olivier Giroud.


The Gunners head into 2014 top of the Barclays Premier League by just a single point from Manchester City, but will host Cardiff on New Year's Day without Giroud, who has an ankle problem, and full-back Kieran Gibbs (calf). However, Theo Walcott, Tomas Rosicky and Jack Wilshere are all understood to have shrugged off minor injury concerns and so will be available for selection.


While Wenger is confident his squad does have the needed strength in depth to finally last the distance in the title race, the Arsenal manager maintains anyone who is brought in will have to be the right calibre of player - with Atletico Madrid frontman Diego Costa one reported January target.


"We are like many clubs, certainly (we are) on alert," Wenger said.


"If something special turns up we will not turn it down, but we are not as well desperate because we have a big depth in our squad.


"We have shown that because our midfield at West Ham and at Newcastle was completely different, we changed three players and we still managed to have a very strong team."


Wenger continued: "I am quite confident with our squad.


"As has been mentioned, maybe up front we are a bit shorter with specialised people because most of the big clubs have three specialised central strikers, we have only two because (Yaya) Sanogo is not ready yet, so maybe if that something special opportunity turns up, we will not turn it down, but everywhere else we are in no need at all (to buy)."


Arsenal hope Giroud's lay-off will not prove significant, with the forward having already targetted a return against Tottenham in the FA Cup third-round clash this weekend.


Full-back Kieran Gibbs (calf) is sidelined, while midfielder Aaron Ramsey (thigh) will be out for around three weeks and the full extent of German playmaker Mesut Ozil's shoulder problem is still being assessed, so the news several other key men were able to train on Tuesday will have come a timely boost.


Lukas Podolski, who scored on his return from a four-month injury lay-off at Upton Park, or Nicklas Bendtner are likely to lead the attack in Giroud's absence.


Cardiff still hope to appoint Ole Gunnar Solskjaer as their new manager, despite reports the former Manchester United forward has turned down the Welsh club.


Solskjaer, in charge of Norwegian club Molde, was instantly installed as favourite to take over at Cardiff City Stadium when Malky Mackay was sacked on Friday following a series of disputes with owner Vincent Tan.


Chairman Mehmet Dalman has stated he has one candidate in mind and refused to deny he had held discussions with Solskjaer, saying: " I might have and I might not have".


There have been suggestions Solksjaer has turned down Dalman's overtures, but Press Association Sport understands Solskjaer has yet to reject the chance to take over in the Welsh capital, and that Dalman hopes the promise of funds to spend in January and assurances regarding the working structure at the club will convince the 40-year-old to make the move to the Premier League.


Kerslake insists he knows nothing about the ongoing hunt for a new manager, but has called on the club's fans to get behind the next boss.


"The new manager will have to have a big personality," he said. "They are big boots that Malky has left. But I am sure the owner and the board of directors will select correctly.


"It is certainly going to take them into a new direction and the supporters need to get on board and support whatever they do."


Taking a side to the Emirates in the Premier League should rank as one of the biggest days in Kerslake's career but he admits it will feel slightly surreal as he considers Cardiff to still be Mackay's side.


He said: "I don't feel it is my side. I am going there and doing the job the club have asked me to do. Of course it is the Premier League, a great stadium and something I am looking forward to."


Cardiff will at least avoid coming up against Aaron Ramsey. The Wales midfielder scored twice in a 3-0 Arsenal win when the sides met in Wales but has been ruled out with a thigh problem.