​Arsenal take on Crystal Palace at the Emirates Stadium on Sunday afternoon, as the Gunners look to make up ground on the Premier League top four.

Crystal Palace put in an excellent performance despite beaten 2-0 by Manchester City in their last fixture, although their last trip to north London did not bear fruit, as they were pummelled 4-0 by ​Tottenham Hotspur.

Arsenal are unbeaten in nine matches at home since April 2019, when the Gunners succumbed to a 3-2 defeat against this weekend's opponents, meanwhile the Eagles won their last away match – a 2-1 victory over West Ham on 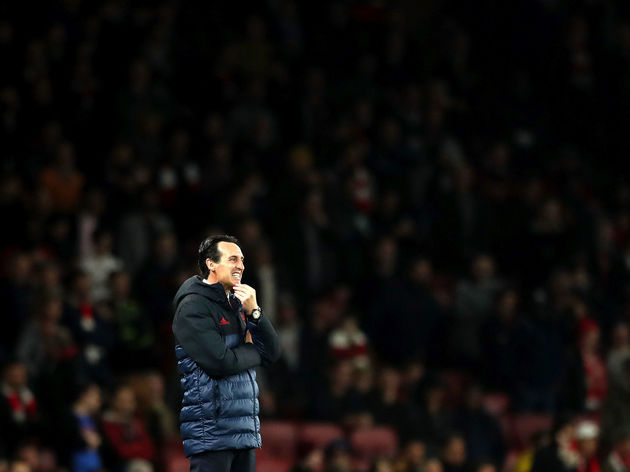 Although the Gunners' home form is imperious, their performances of late have been anything but – with many factions of the Arsenal faithful already calling for Unai Emery's resignation.

​Reiss Nelson remains the only absentee through injury, as the 19-year-old continues to step up his recovery following a knee injury sustained against Standard Liége in early October.

Reiss Nelson is aiming for a return next month.https://t.co/2gqK5Umi30

There are certain to be a number of personnel changes from the starting XI that faced Vitória SC on Thursday; after Emery made ten alterations to his lineup for the Europa League comeback win.

The inclusion of ​Mesut Özil seems unlikely at best though, with the German World Cup winner seemingly frozen out by his manager. As for Palace, a courageous performance against Manchester City means the starting XI is unlikely to change. Wayne Hennessey looks set to continue in goal for the Eagles as Vicente Guaita (groin) is likely to remain sidelined for Sunday's fixture having only returned to training on Friday.

James Tomkins should keep his place in central defence as Martin Kelly eases his way back into full training, whilst ​Mamadou Sakho (hamstring) and Connor Wickham (unspecified) remain out.

This will be the 46th meeting between ​Arsenal and Palace, with Arsenal dominating proceedings with 28 wins to Palace's five, and 12 draws. The two sides have shared the spoils in recent times, with the previous five encounters ending in two wins apiece and a single draw.

With both teams scoring in eight of the last ten meetings between the two clubs, expect an enthralling spectacle on Sunday afternoon.

While Arsenal are pretty reliable on their home turf, their recent performances have been anything but.

A calamitous defeat against ​Sheffield United dampened the Gunners spirits, although the 3-2 win against Vitória exemplified Arsenal's capabilities to fight back when under pressure. Palace, on the other hand, have put in some emphatic displays despite not getting any points for their showing.

Palace have already taken some big scalps in the Premier League this season, beating ​Manchester United 2-1 at Old Trafford, and conquering ​West Ham at the London Stadium in their last away outing.

Crystal Palace manager Roy Hodgson says he was "proud" of the "spirited" performance shown by his players during their defeat to Man City.

Here is how both sides have fared in their previous five fixtures.

Despite Arsenal's lacklustre displays over the last few months, they have only dropped two points at home all season, those in a 2-2 draw against their north London rivals. Crystal Palace are not a side to be scoffed at, with recent performances illustrating how good the Eagles can be on their day, so this should be a close game.

Arsenal possess the firepower and game-changing personnel to get over the line though, and should seal their first league victory since beating ​Bournemouth at home.