Arsenal midfielder Aaron Ramsey is on the cusp of being announced as a Juventus player after the midfielder gave the green light over a move to Turin once his contract in north London expires at the end of the season, according to various reports.

The Welshman has been at the centre of transfer news this winter as many expected that Europe's biggest clubs would battle it out for his signature, but the notoriously plucky Juventus appear to have won Ramsey's favour under the noses of the likes of Bayern Munich and Paris Saint-Germain. 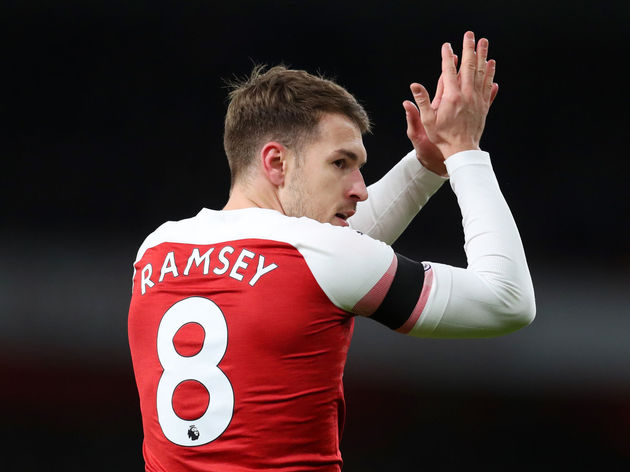 Italian outlets La Gazetta dello Sport (via Sport Witness) and Sport Mediasetreport that a five-year contract has been put on the table by Juventus, although figures surrounding wages vary from €5.5m to €6.5m respectively.

On top of that, Ramseyis said to be in line to receive a €9m signing on bonus from the Bianconeri, where he would become the third Welsh player to ever play in Serie A, as well as for Juventus, following Ian Rush and Ramsey will become just the latest player to sign for Juventus as part of their clever recruitment policy, which has seen the likes of Emre Can, Diego, Sami Khedira and Adrian Mutu join the Bianconeri over the last 15 years.