​Start brightly, grab an early goal and see out the match with maturity and grit.

That's probably along the lines of what Mikel Arteta wanted to see at Turf Moor, after Arsenal made a bright start to proceedings. Looking good from there, that positive opening tailed off rather dramatically, and in fact, that they managed to leave Lancashire with a point is more down to Burnley's wastefulness (and the crossbar) than it is the Gunners' determination.

A 0-0 stalemate brought the campaign total to a staggering 13 (THIRTEEN) draws in 25 Premier League outings.

Already this season, ​Arsenal have drawn more matches than their 'Invincibles' side of 2003/04. No side in ​Premier League history has recorded that many stalemates at this stage, and it's the

Where the similarities end with that famous side are there and then. While that particular title-winning squad won their remaining 26 matches, Arsenal have won...six.

Courtesy of Opta, their tally of six victories after 25 league matches is lowest since the 1912/13 season, where at the same stage of the season the Gunners had accrued a solitary win.

That is utterly horrendous. Let's make no bones about it. 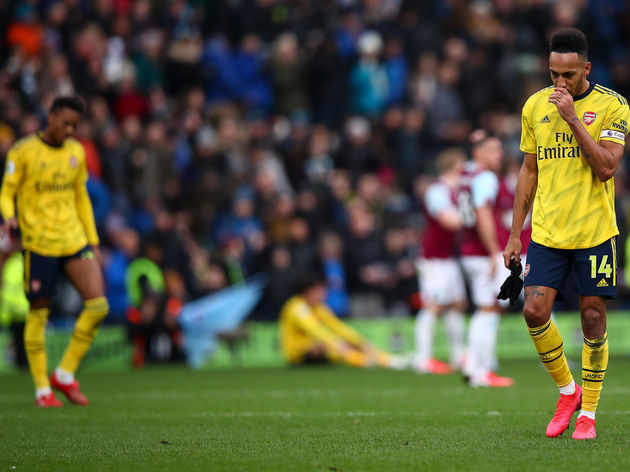 Arsenal have become the top flight's draw specialists. Sure, they're not losing many football matches, but good grief, they need to start learning to win them.

Taking a positive spin on things is that they're unbeaten this decade. Not all bad, right? Indeed in all competitions since the turn of the year Arteta and co have recorded three wins and four draws from their seven fixtures, which makes their dire situation look ever so slightly better. Yet, it's been over a century since they've won this few matches after 25 games.

What about ​Burnley, where do they sit in all this having come so close to beating the Gunners after seeing Jay Rodriguez' effort hitting the crossbar? Well,

0 - Burnley haven’t led for a single minute in 11 Premier League games against Arsenal. The only team to have played more games against an opponent without ever leading is Portsmouth against Chelsea (14 games). Feeble. pic.twitter.com/CoyEdUKE56