But make no mistake, the north London side have seen some truly great players take to the pitch throughout the club's illustrious history. Here, we've decided to take a look at Arsenal's greatest ever Premier League XI, but only picking one player from each country. Once David Seaman left ​Arsenal for Manchester City, Arsenal looked to the impressive Jens Lehmann to fill the goalkeeping void, and boy did he deliver.

Signed for £3.5m from Dortmund in the summer of 2003, Lehmann immediately established his place as Arsenal's first-choice keeper, playing all 38 Premier League games that season as the Gunners went the entire season unbeaten.

Lehmann would make 200 appearances for Arsenal across two spells at the club. Brought in to replace an ageing Lee Dixon, it wasn't until his second season with Arsenal that Cameroon's Lauren really started to make an impression with the north London faithful.

During his time at the club, Lauren won several major trophies and left a major impression on the Gunners' fans. Considered Arsenal's greatest ever defender, Tony Adams spent his entire career with the Gunners, making 672 appearances for the club in all competitions. Another first-team regular from Arsenal's Invincibles team, Kolo Toure arrived in 2002 but didn't really break into the first team until the 2003/04 season, where he forged a strong partnership at the back alongside Sol Campbell.

The former Ivory Coast international went on to make 326 appearances over seven seasons with the north London side before eventually departing for Mancheste​r City. Although traditionally a centre-back, Thomas Vermaelen was sometimes deployed at left-back for Arsenal throughout his time at the club, giving us a good enough excuse to squeeze him in.

His versatility at the back and odd ability to score goals made him a fan favourite with the Arsenal fans, later captaining the club before a bizarre move to Barcelona. 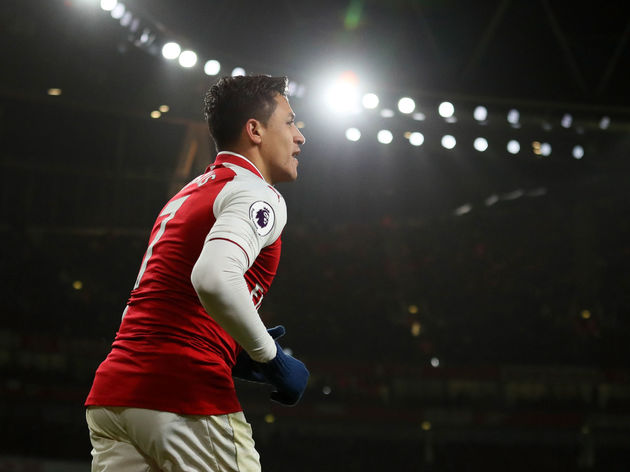 Although he only spent three and a half seasons at Arsenal, ​Alexis Sanchez was nothing short of sensational during his time in north London.

On his day, there weren't many players better than Sanchez, and although his departure for rivals Manchester United left a sour taste in a lot of Arsenal fans' mouths, his spectacular form during his time at the club can't be denied. Arriving in north London at the age of 18, there were high hopes for Aaron Ramsey and through 11 seasons at Arsenal, it's safe to say he more than met them.

The Welshman was a huge fan favourite and many fans were incredibly disappointed to see him leave for free in the summer of 2019. Fàbregas went on to spend eight seasons with Arsenal and was a huge fan favourite before his decision to return to ​Barcelona and then join London rivals Chelsea, turning a lot of Gunners supporters against him. Scoring five minutes into his Arsenal debut during a 3-0 win over rivals Manchester United, Freddie Ljungberg solidified himself as an Arsenal legend almost instantly.

Through nine seasons with the Gunners, the Swede always performed when it mattered and was one of the more exciting players to watch during Arsenal's success in the late 1990s and early 2000s. If it wasn't for a certain Frenchman, Dennis Bergkamp would have gone down as Arsenal's greatest ever Premier League player.

Arriving from Ajax in 1995, Bergkamp spent 11 seasons at the Gunners and played an integral role in the club's incredible success during the late 1990s and early 2000s.

Known just as much for his assists as his goals, Bergkamp formed one of the best striker partnerships in the Premier League alongside Thierry Henry and the Dutchman has remained a huge fan favourite, long after his Arsenal career came to an end. Widely regarded by many as the best striker in Premier League history, Henry is undoubtedly Arsenal's greatest ever player.

On his day, Henry was exhilarating to watch and spent eight years entertaining the Arsenal faithful before departing for Barcelona in 2007.

Over two spells at the club, Henry scored 228 goals in all competitions for the side, making him Arsenal's all-time leading goalscorer.