Over in north London, it's a new era at Arsenal. Mikel Arteta is at the helm, the club are undergoing a change in philosophy, and reinforcements are most certainly needed. But with financial restrictions tying the Spaniard's hands, we know it's going to be a slow process for Pep Guardiola's former assistant manager.

Though he may not have splashed the cash, Arteta did sanction some incomings at the Emirates Stadium; also allowing a couple of young prospects to head out for some much-needed loan experience.

But is the Gunners' business up to scratch after last winter's disastrous Denis Suarez experiment? Here, 90min takes up the reins by doing the one thing you all want us to do - grading them!

Pablo Mari is set to join us on loan until the end of the season.

Had you previously heard of Pablo Marí? No, me neither. It is perhaps a slight surprise when your club, in desperate need of defensive reinforcements, ​pick up a 26-year-old Spanish centre-back, previously owned by Manchester City, from Flamengo in the Brazilian league.

Then again, we are talking about ​Arsenal in the January transfer window. Anything goes.

Their current crop of fully-fit centre-backs do not inspire a great degree of confidence. David Luiz, Shkodran Mustafi, Sokratis, and a Rob Holding bereft of confidence, and match-fitness. Add Mari, who (it's not his fault), has not quite proven himself at the top level so far in his career.

No wonder Raul Sanllehi, Arsenal's Head of Football, has been dubbed 'Don Raul', the club's quite

BREAKING: Arsenal have completed the signing of defender Cédric Soares on loan from Southampton until the end of the season

Let's take a moment to imagine Arsenal's Executive Team's thought process. "Here's a good idea, let's sign a Southampton right-back they don't even want, on loan. Yeah, he's currently injured, and yeah, we could sign him for free in the summer, but why wait when you can pay him around £50k a week when's he's not even fit for selection!?"

Yet, sign him they did. According to reports, the 28-year-old arrived at London Colney in his knee brace...which isn't ideal.

Eyebrows were raised when Cédric Soares arrived at the Colney base to complete his move wearing a knee brace. But, there is confidence his ligament problem is healing well.

Let's hope Soares can take a leaf out of Kim Källström's playbook. By that, I mean recover from the injury we knowingly signed him with, score a penalty in an FA Cup semi-final, and then leave with his head held high. 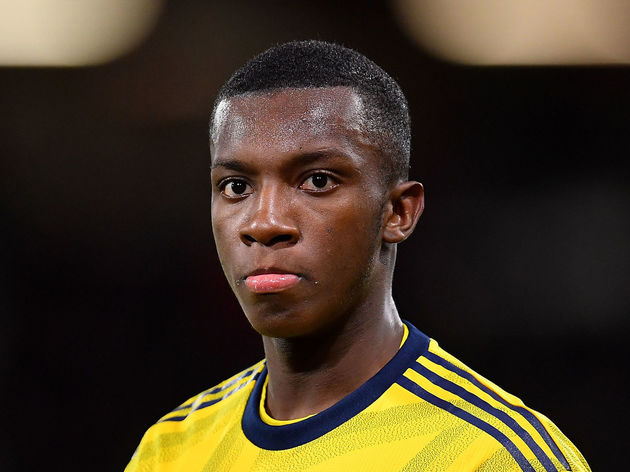 Signed From: Recalled From Loan Spell at Leeds

"Eddie! Eddie! Eddie!" were the chants echoing around the Vitality Stadium, as Nketiah scored on his first start since returning to the club in ​Arsenal's 2-1 FA Cup win over Bournemouth.

It seemed dead-certain that the 20-year-old would head out on loan for the second half of the season. David Ornstein said so himself! However, it appeared Mikel Arteta had other ideas.

"Eddie, I'd like you to stick around mate. I think you can learn a lot from watching Aubameyang playing out of position, and our starting striker Lacazette, who is in the worst form of his Arsenal career!"

In all seriousness, this is a move that does make a degree of sense. How, oh how, can Arsenal let one of their centre-back options go in January?! It's just nonsensical - is what we have been saying if Mavropanos had already started living up to the hype of 2017

As it is, a loan move to Nuremberg, who ply their trade in the second division of German football, will hopefully toughen up the young Greek international, who has suffered from numerous injuries, and fitness-related issues during his two years at the club.

Signed by former Director of Football Sven Mislintat, who described him as an exciting young prospect, the 22-year-old has not yet proved he has what it to takes to play for Arsenal. Which is why, I suppose, he hasn't played much for Arsenal over the last year.

Perhaps Dinos was unable to master the art of defending under the tutelage of his Greek compatriot, and fellow centre-back, Sokratis Papastathopoulos. ​The 19-year-old joined Championship outfit Huddersfield on loan earlier in the January window, and has hit the ground running, scoring and assisting in his opening three games. Perhaps Arsenal should have lent Huddersfield ​Mesut Ozil instead?

Smith Rowe looks as if he is benefitting from the character-building experience that comes with competing in the Championship.

The versatile winger has shown glimpses of his potential in red and white, but regular minutes is certainly what he needs to develop as a player. Credit to him, he's joined a Championship club languishing in 20th position, just three points above the relegation zone. Good luck to him.