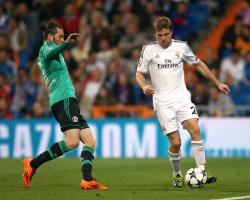 The midfielder signed a six-year contract with the Spanish giants which means he could stay with Real until 2019.

He is yet to earn a senior cap for Spain.