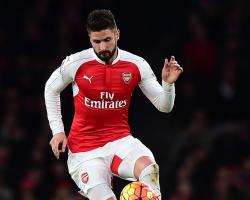 Aston Villa V Arsenal - view commentary, squad, and statistics of the game live.Remi Garde acknowledges Arsene Wenger's longevity in demanding Premier LeagueAston Villa boss Remi Garde has paid tribute to Arsene Wenger for the way he has managed to remain at the top of club football for almost two decades.It will be the apprentice against the master on Sunday when Villa host Arsenal in the Barclays Premier League - 19 years on from Garde becoming Wenger's first signing as Gunners manager.During a week in which Garry Monk became the latest managerial casualty following his sacking by Swansea, Garde believes Wenger's reign deserves huge credit.On Wednesday Arsenal qualified for the knock-out stages of the Champions League for the 16th successive season and they will arrive at Villa Park with the opportunity to go top of the Premier League, and Garde believes Wenger is as hungry for success now as he was when he played under his fellow Frenchman."I've got a lot of admiration because I realise how tough this job is in the Premier League, how difficult it is to keep a job and get results,"said Garde."This is the first side (of the job) and then I remember the club at Arsenal 20 years ago without training facilities without a modern stadium like they have today

All this has to be credited to Arsene."A football club is not only the results you get today but also how you will build for the future for yourself or for another manager for or another chairman or owner."It's part of the credit you have to be given to see where was the club when you got the job and where is it now

For that Arsene has done brilliantly."I think you have to dedicate all your life to football and I'm not sure that Arsene had long holidays or many days off since he took the job at Arsenal

And then you have to be completely focused and more than focused, you have to live for football and your football club."For some characters and personalities it is more difficult than for others

Arsene has always lived for football and he has been rewarded for that."For me he still has the spirit to get trophies and he probably still feels strong enough to get trophies."Jack Grealish will be back in the Villa squad against Arsenal after the 20-year-old midfielder was overlooked for first-team duty against Watford and Southampton following a breach of club discipline.Leandro Bacuna and Rudy Gestede came off injured against Saints but will be fit for Sunday, although captain Micah Richards is still struggling with the knee problem which ruled him out at St Mary's.Meanwhile, Wenger believes Olivier Giroud is in the same league as the best strikers on the continent and distanced Arsenal from a move for Karim Benzema.Giroud scored a hat-trick against Olympiacos on Wednesday night as the Gunners secured their spot in the Champions League knock-out stages against the odds.It was the culmination of a fantastic run of form from the France striker, who has now scored 10 goals in his last 12 appearances.Despite often being criticised as a forward who is not clinical enough to help Arsenal sustain a title challenge, Giroud has taken on the goalscoring burden as both Theo Walcott and Alexis Sanchez have been sidelined with injury this season.And Wenger reckons the 29-year-old is just as good as those strikers who are considered to be the deadliest in world football."I think he's in that league because he plays for one of the best clubs in Europe and he scores goals," Wenger said."If you look at the number of games and the number of goals, you have to give him credit."He's not only a goalscorer, he's a guy who puts work in for the team

I think he's among the best strikers in Europe."I believe recently he has come back with an improved game and with his finishing

Wednesday was one of his best performances on all fronts."Arsenal have no fresh injury concerns but none of Wenger's injured players will return against Villa, with Sanchez (hamstring), Jack Wilshere (leg), Mikel Arteta (calf), Francis Coquelin, Danny Welbeck, Santi Cazorla and Tomas Rosicky (all knee) missing.i