​Arsenal could come back in for Paris Saint-Germain midfielder Adrien Rabiot this summer, after much talk of a possible January move failed to materialise, according to journalist David Ornstein.

The 23-year-old midfielder, who will be a free agent this summer, has been the target of several clubs from across Europe, after he refused to sign a new contract with Les Parisiens last year.

Premier League sides ​Tottenham Hotspur and ​Liverpool have both been linked with a move for Rabiot over the past month, while Barcelona have apparently cooled their interest after agreeing a £75m move for Ajax star Frenkie De Jong. Speaking on the latest ​Arseblog podcast, Ornstein referred to speculation linking the ​Gunners with a move for the France international, admitting that: "There are credible reports that Arsenal will come back in for Rabiot.

"There are people within Arsenal who are very keen that they sign Rabiot, or at least make a concerted effort. He's very highly admired.

"There are some complications, around him, particularly around the people you have to deal with and his salary demands. But that's certainly one to keep an eye on." 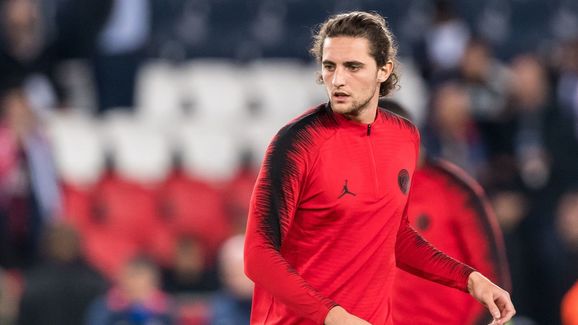 Rabiot burst onto the scene in 2012 at PSG, making his debut at the age of 17 and has gone on to make over 220 appearances for the club, winning seventeen major honours.

However, the midfielder has not featured for the runaway Ligue 1 leaders since 5 January amid the speculation over his future, with manager Thomas Tuchel preferring the likes of Marco Verratti and Julian Draxler in central midfield.

The seemingly imminent departure of Rabiot from Les Parisiens was partly addressed by the club through the ​€50m arrival of defensive midfielder Leandro Paredes from Zenit Saint Petersburg in the January transfer window.