Beating Man Utd Was Great and All, But Mikel Arteta's Real Tests as Arsenal Boss Are Yet to Come

​A draw, a loss and then a win over Manchester United. It's a fair assessment to say Mikel Arteta's Arsenal reign has got off to an inconsistent start. Ask the swathes of Arsenal fans, though, and they'll claim that patience is required to see the full extent of Arteta's magic – although the victory over United showed that the signs are there for a turnaround in fortunes.

Steady on with the 'we've got our Arsenal back' chants, mind.

The recent victory at the Emirates brought fans together, with every facet of the performance a significant increase on the drab, lifeless displays that had tainted what was supposed to be a season to remember.

Back in October 2018, ​Arsenal thumped Fulham 5-1 at Craven Cottage in a showing that boasted glitz, glamour and guile. It was so convincing - even if it was against a side who'd go on to be relegated - that the Arsenal faithful were in full voice, declaring a return to glory for their now-Europa League regular side.

Premature is an understatement.

Fast-forward a year and the vitriol returned in full force, with the club's fortunes growing bleaker by the day, and the Emirates looking emptier by the match.

However, the new 'Messiah' is in town.

Four points from his opening three league matches is hardly much to get excited by on paper, but when you've seen your side endure their worst start to a ​Premier League season for over 40 years, naturally any upturn in outlook will have the fans purring again.

And to be honest, they have a right to. 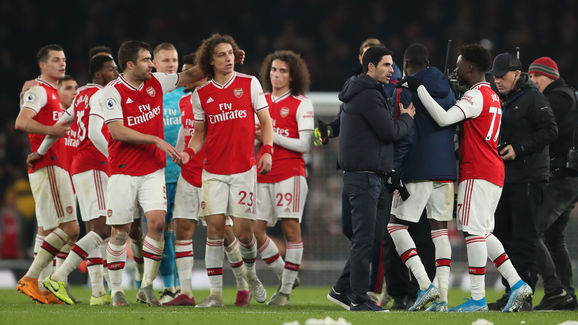 Against Ole Gunnar Solskjaer's side, the Gunners looked like a completely different animal. Tenacious in midfield, defensively more solid - how good that must have left - and varied in attack, clearly the work Arteta has been putting in on the training ground has paid dividends, with the so-called 'non-negotiables' instilled into the players' psyches.

It was a win the fans had been crying out for, so naturally everyone is firm in their belief that Arteta is the Spaniard the club should have appointed 20 months ago.

While it is only fair to praise Arteta for the work he's done thus far, equally it must be mentioned that his first win came against a dismal ​United side on the night. They blew them away in the first half and dug in for the second, but the true tests are yet to come - starting with ​Crystal Palace.

If the FA Cup showing against Leeds is anything to go by, then there are still some thick creases that need ironing out. The players didn't show anywhere near the level of commitment they had done in their previous outing and certainly hadn't heeded Arteta's pre-match warning about Marcelo Bielsa's Championship animal. 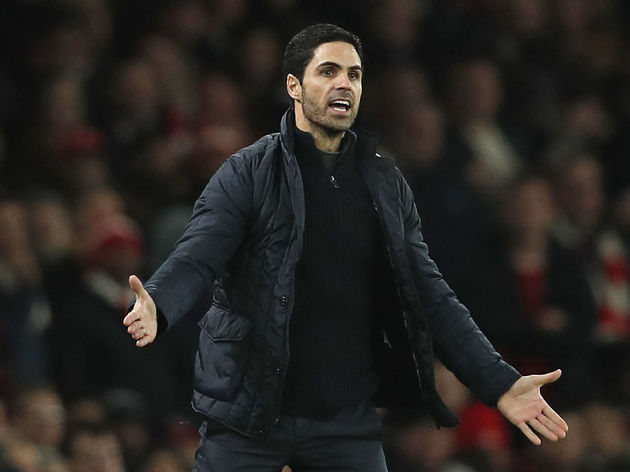 That comes back to non-negotiables. Fight, running, tracking and focus are the minimum requirement the Spaniard demands of his players, and they were all abandoned in that first half, in which the Gunners were hugely fortunate not to fall behind. Leeds had 15 shots before the break.

A severe kick up the backside followed and the game was eventually won, but heading back to league duties, these standards drop again.

More than tactical awareness and instilling a philosophy, Arteta must get his players' mentality right for each and every game. Heading to Selhurst Park for the early Saturday kickoff, Arsenal could find themselves just six points adrift of the top four before the other sides play. Anything other than a win will not suffice, or he risks tarnishing the heightened optimism he's done well to forge.

The fans are now expectant of better. Having seen the players lift their game ten-fold against the Red Devils, he could become a victim of his own success should he leave south London without three points.

2 - Arsenal have won back to back matches in all competitions for the first time since October (vs Standard Liège & Bournemouth), which was also the last time they kept consecutive clean sheets. Improvement. #FACup #ARSLEE pic.twitter.com/WXoIKlksgj

Fan involvement is greater than ever, no less at Arsenal, so in order to keep the supporters cheerful and buoyant, what happens next is arguably more important than what happened last Wednesday.

Win, lose or draw, it's the upcoming run of fixtures for Arteta which truly demonstrates his credentials as a Premier League head coach, not the ones just gone.

Secure victory and he must maintain the momentum and start to build a winning culture.

Draw and he needs to analyse where he is going wrong with his preparation.

Lose and he's got an almighty job on his hands. Greater than the one he already has.

After Palace it is Sheffield United at home, followed by a daunting trip to Stamford Bridge – which could have a large bearing on the top four race. Granted, the top four is long shot, but the docket handed to Arteta upon taking the reins had 'Champions League' scribbled all over it - the club have ​made that clear. 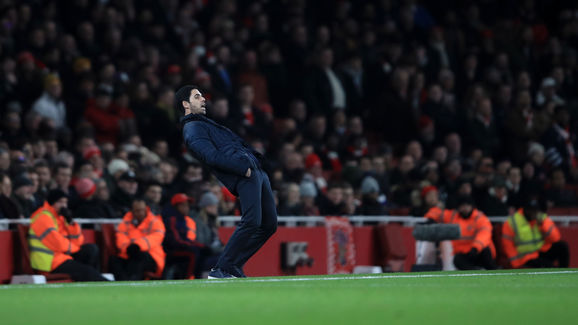 The tone has been set for what should be the bare minimum level of showing for the rest of the season, and all the hours put into that United win will have been for nothing if it isn't followed through against Palace and beyond.

Who plays and how they set up will be crucial on Saturday. It needs to be a team sculpted to win the match and, in doing so, hand Arteta his first away win as a Premier League head coach.

Harrowingly, only the Gunners' third all campaign.