Cesar Gelabert: 5 Things to Know About Real Madrid Starlet Linked With a Move Away

​You would be forgiven for perhaps not having heard of Real Madrid youngster Cesar Gelabert, but he is very highly regarded at the club.

The 19-year-old is yet to make his first-team debut for Los Blancos, but this isn't really a surprise considering the size of Zinedine Zidane's squad.

However, with Gelabert's contract due to expire in the summer of 2021, he has attracted interest from within Spain, as well as from England, France and Germany. Specifically, Arsenal, Lyon and ​Borussia Dortmund are ​the most keen on his services, and the Ligue 1 outfit have already made a move by offering him a deal which has since been turned down by Real.

But as he approaches the final year of his contract, interest in him is only going to increase. So with this in mind, we take a look at five key things to know about the player...

The 19-year-old is versatile, he can play anywhere across the front line, while he can also operate in midfield - a key attribute of his.

Standing at six feet tall, Cesar already has a presence about him as he continues to improve his physique. He is a very intelligent footballer and plays with a maturity beyond his years, thinking positively and looking to take on his man.

This season, he has made 13 appearances for ​Real Madrid's Castilla side, scoring in his first match of the campaign against Sporting Gijon. With his side 3-0 down, he came off the bench to completely change the dynamic of the game. Cesar dropped deep to link up play, while he also looked to test his opponent before getting a shot off. The Spaniard was rewarded for a fine display as he netted a very well taken goal, but he could have added to his tally. 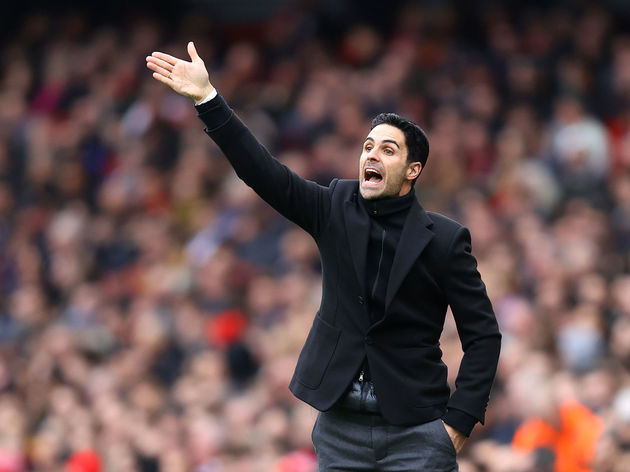 Cesar was a key figure for Real Madrid's Under-19 side at the 2017/18 UEFA Youth League, starting all eight of his side's games at the tournament.

He may only have grabbed one goal and one assist at the competition, but as previously mentioned, it is his versatility that makes him such an impressive talent. He played on the left-wing, in the centre of the park, as an attacking midfielder as well as the centre forward during the tournament, and his fine displays helped the team to reach the quarter-finals.

In a group game against Tottenham's Under-19 side, Cesar opened the scoring with a ruthless low strike from outside the area. However, the young Madrid team weren't able to build on that, eventually losing the game 3-2.

It was a strong showing from Cesar nonetheless, and it ​has now been reported that now-​Arsenal manager Mikel Arteta was at the competition to watch the youngster in action. Clearly, he did enough to impress him as the Spaniard is now keen on bringing him to the Emirates. 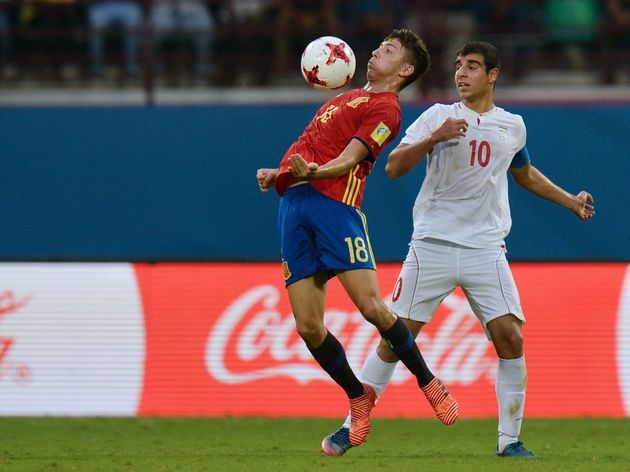 Cesar was selected as part of the Spain squad for the Under-17 European Championships in 2017, but he was rarely given the chance to impress. Nonetheless, they went on to win the competition, beating England on penalties in the final.

Just five months later, in October, Cesar was once again included in the Spain Under-17 squad - but this time for the FIFA Under-17 World Cup.

And this is where Cesar really made a name for himself on the international stage.

He actually started the first game on the bench, but was handed a start for the next game against Niger - and he seized the opportunity. Cesar went on to start every game for the rest of the tournament, and was a key figure in guiding them to the final. And although he provided two assists in the final against England, this wasn't enough to stop the Young Lions from lifting the trophy.

Overall, Cesar managed two goals and five assists at the World Cup in 2017. He was a joy to watch and he started to be recognised as a very promising young talent after the tournament.

He's Trained With the First Team

In February 2018, Cesar made his debut for the Castilla side aged just 17, coming on to play the final 12 minutes against

At just 17 years of age, Cesar was promoted to the famous Castilla side - this alone speaks volumes about how highly Real Madrid rate him.

But it was a sad moment for everyone involved at the club when Cesar suffered a cruciate ligament injury in June 2018. Due to his fine form, he was set to travel with the first team for their pre-season tour, while he was also going to feature more frequently in regular training sessions in an attempt to ease him into the senior squad.

His first-team debut also wasn't too far away as he was regarded as one of the finest youngsters in world football at the time. It will have been a tough injury to take for him, but he was able to recover just before the new year. This is a player with great quality and now that he is fully recovered, he is beginning to once again show why he is so highly rated.