In 1994, the Premier League had just completed its second season. Manchester United retained their crown, Blackburn Rovers showed signs of their upcoming success and Leeds United had bounced back from a poor showing the previous year to finish 5th.

All these factors significantly impacted the campaign's end of season awards, so let's take a stroll down memory lane and revisit the 1993/1994 PFA Premier League Team of the Season. ​In his first season in Lancashire, Tim Flowers wasted no time in establishing himself as ​Blackburn Rovers' first choice keeper.

Signed for £2.4m, Flowers was Britain's most expensive keeper at the time and helped Blackburn to a second-place finish that season. After only playing twice in the previous two seasons combined, Kelly played in all 42 of Leeds' league games this year and helped the Yorkshire side finish fifth, an impressive 12 places above the previous season's finish of 17th. Paired at the back with Steve Bruce, Gary Pallister was instrumental in Manchester United retaining their Premier League crown.

Playing in all but one league game, Pallister helped the Red Devils secure one of the best defences in the league. Conceding only 28 league goals all season, ​Arsenal captain Tony Adams was instrumental in leading his side to a fouth place finish.

Through his incredible discipline on defence, Adams played a huge role in Arsenal having the best defence in the league. An ever-present fixture at the back for Manchester United, Denis Irwin played all but 12 minutes for the Red Devils as they retained their Premier League title.

As well as his stellar defensive work, Irwin chipped in with six assists throughout the season and played a key role in United finishing top again. 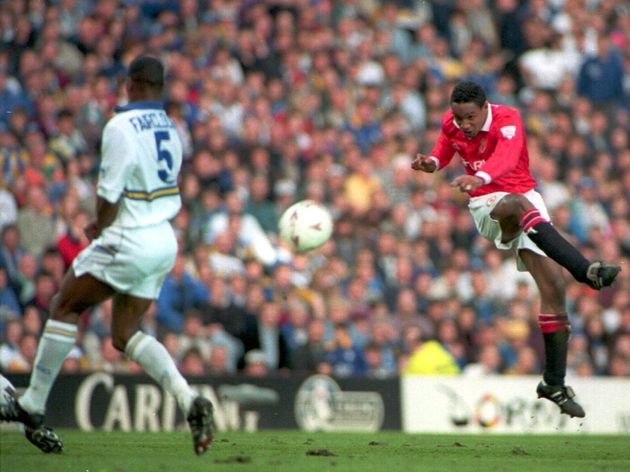 In what would prove to be his penultimate season with Manchester United, Paul Ince had his finest campaign with the club.

Ince scored eight times in the league for the Red Devils and was a firm fixture in the centre of their midfield, appearing in 39 of their 42 games 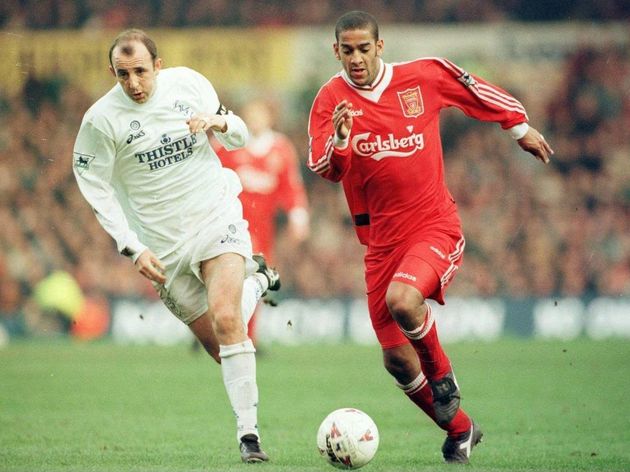 Scotsman Gary Mcallister was instrumental in Leeds United's 12 place improvement, going from their 17th place finish the previous year, to narrowly missing out on a top four finish this time around.

An ever-present member of the first team, Mcallister played in every minute of every game for the Whites and found the back of the net eight times. Having signed from Leeds United in October, David Batty went on to play a huge role for Blackburn Rovers as the Lancashire side finished second in the Premier League table.

Featuring in all but the final three games of the season, Batty was a key figure in the Rovers midfield and gave the side a real toughness in the middle. After previously leaving ​Newcastle United in 1987, Peter Beardsley arrived back on Tyneside at the beginning of the 1993 season and hit the ground running on his return to St. James' Park.

Beardsley scored 21 goals for the Magpies and helped Newcastle to a third-place finish. The 1993/1994 season is when Alan Shearer truly emerged as one of the best strikers on the planet.

Almost doubling his previous season's tally of 16, Shearer netted 31 league goals for Blackburn Rovers and helped them secure a second-place finish in the Premier League.

Finishing only behind Andy Cole in the Premier League goalscoring charts in this season proved to be a sign of things to come as Shearer failed to score below 30 league goals in any of the rest of his seasons with Rovers. With 18 league goals and 12 assists to his name, Eric Cantona was named the PFA Players' Player of the Year and rightfully so as the forward was in scintillating form during the 1993/1994 season and was instrumental to ​Manchester United successfully retaining their title.

On his day, there was no one quite as talented as the Frenchman and the 1993/1994 was undoubtedly his best season at Old Trafford.