Crystal Palace's Aaron Wan-Bissaka has named Arsenal legend Thierry Henry as his idol growing up, while revealing that he comes from a family of Gunners fans.

Although he's currently amidst his first season as a first-team player, Wan-Bissaka has already had to deal with his fair share of challenging opponents - and the 21-year-old also named Chelsea's Eden Hazard as the cream of the crop.

Wan-Bissaka has started all but one of Palace's Premier League games so far this season, facing off with the likes of Sadio Mane and Leroy Sane, as well as Hazard, to name just a few high profile opposing wingers he's locked horns with from the right of the Palace back four.

Aaron Wan-Bissaka right now = @Redandbluesite spoke to AWB while he was competing in a Battlefield livestream. The man ♥'s a slide tackle!  #Battlefield pic.twitter.com/aLjaph3m5N

Speaking exclusively to 90min, however, he required little time to think on it when asked who is the hardest player he's faced to date, swiftly and succinctly answering '​Hazard.'

While he's done an admirable job of defending against the likes of Hazard so far in his fledgling career, the England youth international also revealed in the quickfire interview that his game hasn't always been about defending - as he once aspired to emulate his idol Henry. 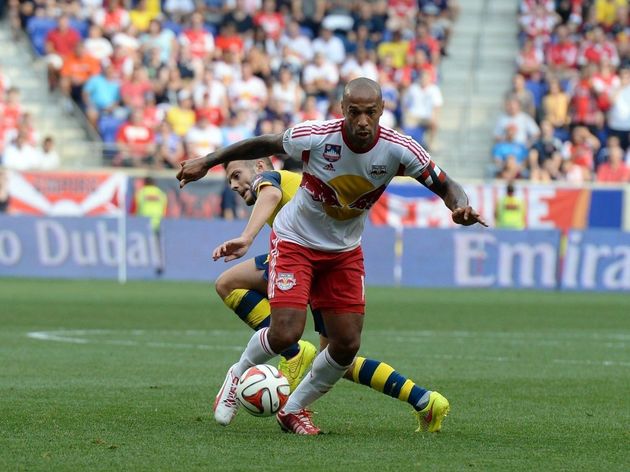 "It was hard for me growing up, because ​Palace were my local team, but my family supported ​Arsenal.

"When I was younger, I wanted to score goals, and that was what Thierry Henry was doing, playing in a similar position to where I used to play."

He also revealed that he prefers Messi to Ronaldo, and less controversially, that Wilfried Zaha is the best player he's played with in his career to date.