Dani Ceballos made his Arsenal debut as a substitute during the 2-1 Emirates Cup loss to Lyon on Sunday, and it's fair to say fans of the north London club were pretty thrilled to see their new loan signing in action. 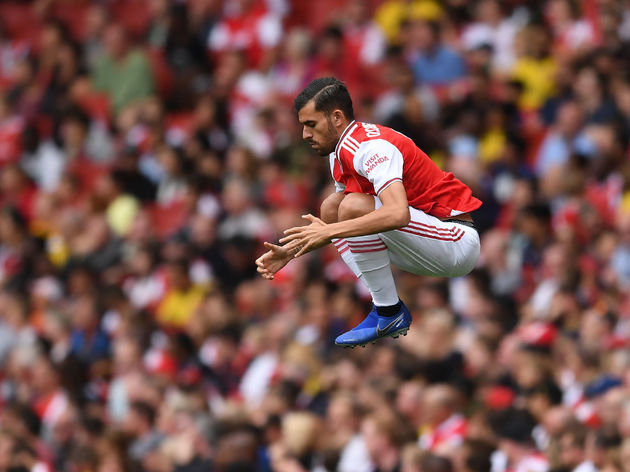 Ceballos is a welcome addition to Arsenal's midfield ranks, and fans will be hopeful he can soften the blow of Aaron Ramsey's summer exit to Juventus.

And so far, Arsenal supporters are pretty happy with what they've seen...

Yeahhhh Ceballos is a level above most these dudes

Other fans on Twitter went for a more analytical approach, highlighting the midfielder's main attributes that will help the Gunners this season.

Dani Ceballos was keen to get on the ball and drive forward. Could be the main orchestrator for us this season. Comfortable in tight position, has the skill and turn of pace to skip past players and has a keen eye for a pass. More than capabale defensively too.

The way Ceballos uses his body to feint and dribble sending the opposition players the wrong way really reminds of how Cazorla used to to do it.

Ceballos an absolute baller, gonna be pivotal this season no question the best footballer we’ve got.

Liking willock more and more, Ceballos and him in attacking mid will be very interesting.

Whilst the majority of Arsenal fans were impressed, a few did air some concerns over Ceballos' height should he play alongside Emirates favourite Lucas Torreira...

A defensive midfield duo of Dani Ceballos and Lucas Torreira would be a great partnership infront of the back line. The problem is that I see both players losing many aerial battle giving the opponents attacking opportunities.
what do you think? #Arsenal#Ceballos#Torreira pic.twitter.com/qmOb0ziNCs

However, the overall reaction on Twitter was optimistic, with a few fans far more impressed with Ceballos than they were with another recent ​Arsenal loan signing...

Ceballos has already done more in an Arsenal shirt than Denis Suarez did.

While things may not have gone too well on the pitch for Arsenal on Sunday, their transfer movements off it have given their fans reason to feel positive ahead of the 2018/19 season.

First time in our dressing room for @DaniCeballos46 😄

They look to have ​won the race to sign Lille forward Nicolas Pepe, a deal for Saint-Etienne defender William Saliba has already been ​announced, while they are still locked in ​talks with Celtic over left back Kieran Tierney.