​Dries Mertens has revealed Napoli were confident of progressing past Arsenal in the Europa League even after going three goals behind in the tie, because the Gunners 'are not that good'.

Following a 2-0 defeat at the Emirates, the Serie A side needed to either match that scoreline to reach extra time or win by an improved margin to qualify for the semi finals, but Alexandre Lacazette's free kick gave the visitors a firm stranglehold on the game.

Despite needing four goals to go through following Lacazette's strike, ​Mertens revealed that his team were still convinced they could punish ​Arsenal. "The first 10-15 minutes, we had a few chances to score and that would’ve changed everything," he said, via Football Italia.

"We conceded a goal and our heads dropped. We said in the locker room that we still believed, because Arsenal aren’t that good. There isn’t a real gap between us. We got it very wrong at the Emirates and that ruined everything.

"We weren’t well set out, Arsenal took advantage and we tried everything to make up for it, but they defended well.

A pin point free-kick from ​Lacazette claimed victory for the visitors in Naples, after a 2-0 win at the Emirates seven day prior, where Aaron Ramsey scored the opener before Kalidou Koulibaly's own goal.

Arsenal will face Valencia in the semi finals - hoping to get into their first European final in 13 years. 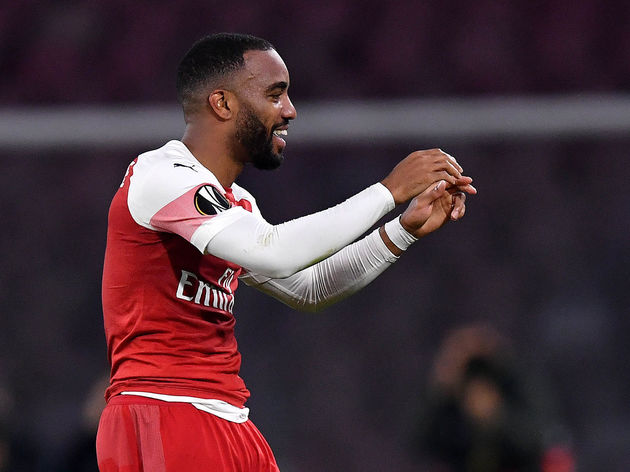 ​Napoli are currently second in Serie A and return to domestic action on Monday, when they face Atalanta at home. They are on course to return to the Champion's League next season, having dropped out of the competition in the group stage at the hands of Liverpool and Paris Saint-Germain.