England vs Germany: Where to Watch, Live Stream, Kick Off Time & Team News

England Women welcome Germany to Wembley in an international friendly this weekend, returning to the national stadium for the first time in four years.

Phil Neville's side have struggled for form after their journey to the World Cup semi-finals. The Lionesses finally ended their winless run with an unconvincing 1-0 win over Portugal in October, but Germany will offer a considerably sterner test and will be an accurate marker of whether the Neville's side are truly out of their post-World Cup rut.

Germany's World Cup ended in disappointment, as they surprisingly fell at the quarter-final stage against Sweden. However, the Germans have shown no signs of a World Cup hangover and have been merciless in front of goal in their recent European Championship qualifiers.

So many people have played there part in how we have got to where we are today!
We are forever grateful + now we can’t wait to play at Wembley! @lionesses gbeng pic.twitter.com/b6OK3DGYHw

Expect an entertaining encounter in front of a record crowd as two great footballing rivals go head to head.

England striker Toni Duggan has withdrawn from the squad with a back strain, with Manchester City's Gemma Bonner and Georgia Stanway called up as replacements.

World Cup hero Ellen White was a late addition to the squad after making her comeback from injury. White, who scored six goals in France, had been sidelined for two months, but looked sharp and scored her first goal for new club Manchester City during their 2-1 Continental Cup victory over Birmingham.​ 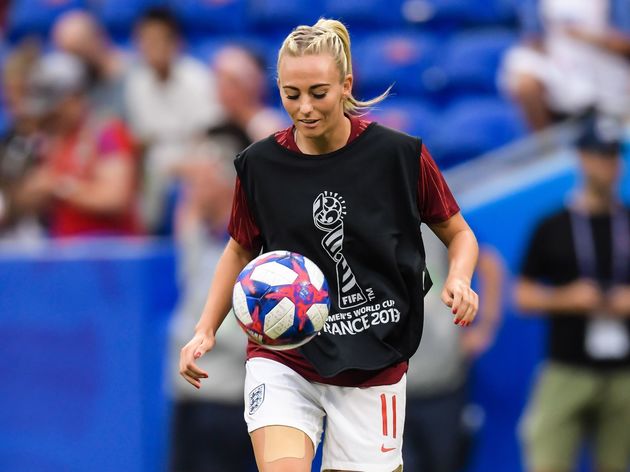 Dzsenifer Marozsán, meanwhile, who is regarded by many around the world, including England's Lucy Bronze, is fully fit for Germany. This is the first opportunity many English fans will have had to watch the Lyon playmaker, after her minutes at the World Cup were restricted due to a broken toe sustained in the opening group fixture.

England versus Germany has been a wholeheartedly one sided affair.

There have been 25 meetings between the two sides, with England winning just once and losing on 20 occasions. A 0-0 draw in 2007 was the first time England managed to avoid defeat against the giants of women's football.​ Notable England versus Germany encounters include the 2009 European Championships final, where Germany emerged 5-2 winners, and the third place playoff at the 2015 World Cup. A Fara Williams penalty in extra time earned the Lionesses their first, and still only, win over Germany.

The two teams met at Wembley in 2014 in a fixture billed as a monumental moment for English women's football, as the Lionesses played at the national stadium for the first time. However, Germany stole their thunder as they eased to a 3-0 victory.

England have endured a rotten run of results since beating Norway in the World Cup quarter-finals. The Lionesses' win over Portugal was their first since that last eight victory, and was thanks to a hugely fortuitous goal.

England's defensive vulnerabilities were exposed in defeats to Brazil and Norway, and the Lionesses failed to make the most of their first half dominance in the loss to the former.​ Germany have been in irresistible form since their early World Cup exit. They are yet to concede since returning from France, and have been in devastating scoring form, hitting eight past Ukraine on two occasions and 10 past Montenegro.

Here's how the teams have faired in their last five fixtures:

Although the Lionesses have been disappointing of late, this is the strongest squad Phil Neville has had to work with since the World Cup - arguably even stronger with the return of Jordan Nobbs - and Saturday's fixture will be a fascinating test of their credentials.

A record crowd is expected at Wembley. However, when all eyes are on England, they have a habit of crumbling. The Lionesses were favourites to win Euro 2017 after France and Germany were knocked out, but crashed out to Holland in the semi-finals. Likewise when Germany last visited Wembley, England let the occasion get the better of them and lost 3-0.​