The 22-year-old has also attracted the attention of ​Leicester City and Arsenal, and his experience playing in the ​Champions League for Lille will appeal to the Toffees, who have​

set their sights on European football next season.

The interest, as reported by the Times, follows a meeting in Germany between head coach Carlo Ancelotti, director of football Marcel Brands, and club owner Farhad Moshiri, in which strategy for building in the next transfer window was considered and discussed. 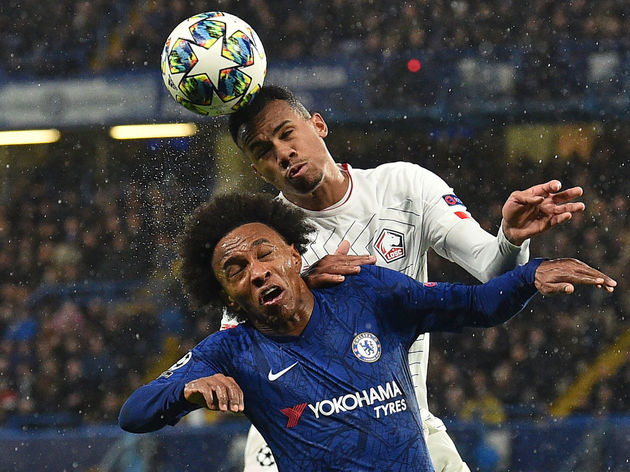 It is said that Everton have made centre back a priority area for improvement next season, while the Toffees - along with Arsenal and Leicester - have had scouts watching fo Brazil youth international Gabriel in recent weeks.

Everton’s recent fixture against ​Arsenal - only their second league loss under Ancelotti - exposed an area of concern for the manager.

“There was a good performance going forward,” Ancelotti said after the game. “We were good coming from the back, we had some good chances, but defensively we were terrible.

“We have to improve. There were three goals we could have avoided. If you want to win against top teams you have to attack and defend. We have to defend better.”

Everton have conceded an average of more than a goal a game this season, with keeper ​Jordan Pickford only boasting six clean sheets across 27 matches. Mason Holgate and Yerry Mina have been the centre back pairing of choice for Ancelotti, with Michael Keane sidelined. However, the Merseyside club have failed in recent attempts to expand this part of the squad, despite chasing Chelsea’s Kurt Zouma after a successful loan spell at Goodison Park.

Despite having just signed a new contract at Lille, Gabriel is expected to be allowed to leave at the end of the season, with a price tag of around £25-30m expected.