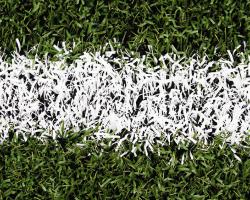 The safety of artificial surfaces was brought back under the public spotlight this week when a former National Health Service boss claimed rubber pellets, used to give pitches more bounce, contributed to his son's cancer.

Nigel Maguire said his 18-year-old son Lewis has Hodgkin lymphoma after being exposed to the 'crumb rubber'.

"Lewis would be training on this stuff once or twice a week for four or five years, and he would come back telling me how he swallowed a lot of it, how it got into his eyes, and in cuts and grazes," Maguire told BBC Radio 5 Live.

"The industry turns around and categorically says that it's perfectly fine

They've done the research, 'we have tested it for emissions for any gasses that come off it and there are none'

However, there is no research that I can find and I've scanned and scanned that says actually if you ingest this, if you rub this stuff into your wounds that contain these known carcinogens, there is no effect

"I'm asking for similar review to be undertaken by our government to look at the available evidence, to commission research and look at the health impact."

As part of a ÃÂ£260million drive to improve grassroots participation in football, the FA announced last year that it wanted to install state-of-the-art '4G' (fourth generation) pitches in 30 "city hubs" across England.

English football's governing body examined many studies on artificial surfaces from the University of California and the Environmental and Occupational Health Sciences Institute - among others - before sanctioning the investment.

And the FA is satisfied that the pitches are "safe".

An FA spokesperson said: "The numerous scientific studies conducted by government agencies around the world, and undertaken by independent experts have all validated the human health and environmental safety of 3G pitches and crumb rubber.

"The FA adheres to the latest independent evidence which indicates that 3G pitches in the UK which are built to industry-standard specifications are safe."

A spokesperson said: "The Scottish FA takes the health and welfare of 3G pitch users very seriously and is guided by the extensive research conducted into the safety of artificial surfaces.

"These studies - conducted by government agencies around the world, and undertaken by independent experts - have all validated the safety of 3G pitches and crumb rubber infill.

"Through our facilities manager, we are involved in facilities forums with a wide range of partners, including local authorities, to ensure best practice guidelines are adhered to

Should any new credible scientific data be identified in the future, we will review our guidance at such time."

As an example, the SFA cited research in Paris which was funded by a Montreal-based school, Lower Canada College, which found that crumb rubber met the European Union's toy safety standards, showing negligible toxicity levels.

A Scottish Government spokesperson added: "There have been numerous scientific investigations into the crumb rubber used in 3G pitches

In addition, all materials for pitches in Scotland have to go through rigorous laboratory testing to meet European and British standards under UK-accredited test laboratories."

A spokesman for the Scottish Professional Football League added: "Player safety and wellbeing is paramount with regards to artificial pitches.

"We are fully supportive of the position of the Scottish FA on this matter and we acknowledge the role of FIFA in stipulating the standards required."