FA yet to agree Cup deal 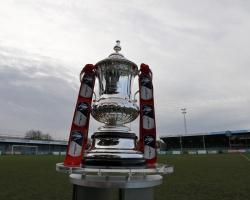 The FA Cup has been without a main sponsor since the previous deal with Budweiser expired but, according to reports, a ÃÂ£30million three-year deal with the airline Emirates has been agreed.

An FA spokesman said, however: "We remain in discussion with a number of parties in relation to FA Cup partner opportunities."

The controversial aspect to the deal is to rebrand the competition as the Emirates FA Cup - it was previously referred to as the FA Cup in association with Budweiser.

An announcement will bring an end to a frustrating time for FA commercial chiefs who have seen the FA Cup run for an entire season without a main sponsor.