​Arsenal manager Unai Emery has urged forward Gabriel Martinelli to remain patient for his first start in the Premier League, with the youngster looking to become a 'legend' at the club.

has been sensational when given the opportunity this season in spite of his inexperience at the top level.

Martinelli has already scored braces against Nottingham Forest and Standard Liege in the Carabao Cup and Europa League respectively, but is yet to make his mark in the Premier League. 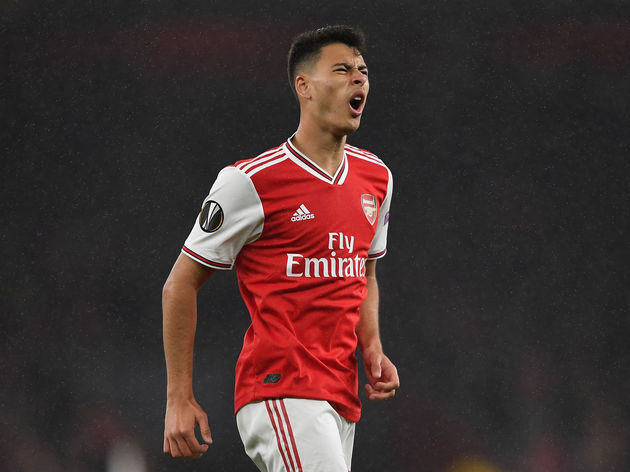 The new recruit went on to open up on how thankful he is for the opportunity to play for Arsenal, and in return, he hopes he can become a club great. Having made two appearances in the ​Premier League so far this season, fans will be hoping to see the starlet get more minutes in a bid to maximise his full potential. Although he has been in scintillating form, ​Pierre-Emerick Aubameyang has made a typically strong start to the new campaign, while ​Alexandre Lacazette will also be in contention when he returns from injury.

Nonetheless, with time most certainly on his side, it appears as though Emery and Martinelli are in agreement that the opportunities to start in the league will come over time.