​Granit Xhaka is keen on a move to Bundesliga side Hertha Berlin and a move is close, according to his agent.

The Switzerland international was stripped of the Arsenal captaincy by former Gunners boss Unai Emery after an infamous reaction to being substituted against Crystal Palace in October.

While Xhaka's relationship with the fans remains frosty, he has since managed to regain his place in the side, and was a starter for Mikel Arteta's first game in charge as the new head coach. 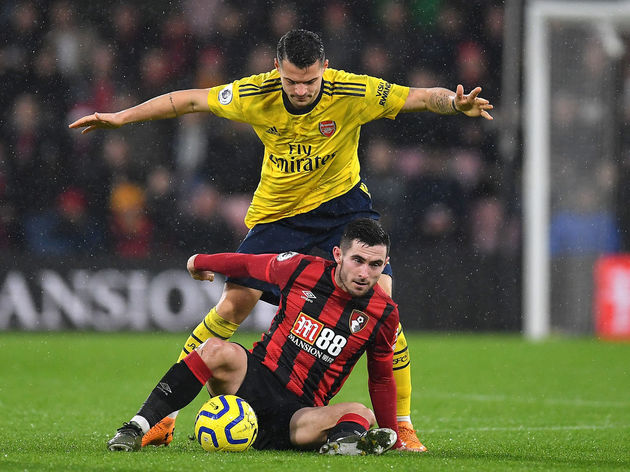 However, it's apparent that he is keen on leaving the Emirates Stadium, and his agent, Jose Nogeura, has told German publication ​Blick that he would like to join German side Hertha - who have received significant financial investment recently and have also been linked with Julian Draxler - in the January ​transfer window.

"Look, I will say it frankly and honestly: We are in agreement with Hertha BSC and would like to go to Berlin," he said. "So we told Arsenal's club boss Raul Sanllehi and sports director Edu Gaspar that he wanted to leave the club - as well as the new coach Mikel Arteta."

"Arsenal was informed about all the steps, the player and Hertha are clear. It's only about the transfer fee of the clubs. Granit would like to switch to Germany again."

Blick go on to say that Hertha have offered around €25m for Xhaka - which would be a loss of around €5m after Arsenal signed him from Borussia Monchengladbach back in 2016.

Since arriving from Die Fohlen, Xhaka has been a divisive figure among the fans, often seen as a liability and not good enough to play for Arsenal.

New Gunners boss Mikel Arteta recently revealed his admiration for Xhaka, and how he tried convincing Pep Guardiola to sign him while at Manchester City.

“When I was going from Arsenal to City to start coaching in 2016 and we were looking in that position, Xhaka was one of the players on my list," Arteta confessed.

“That is how much I liked him. I was happy when ­Arsenal signed him because I thought he was going to be a terrific player. “Obviously it is difficult to change completely the scenario from where he was to a ­magnificent one. But I think we are in the right direction with him.”