Gunners in profit once more 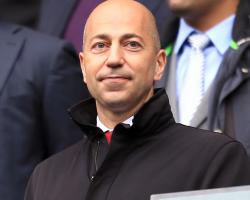 The results, which covered the year ended May 31, 2014, also revealed the club had cash reserves of Â£173million

The profit was down Â£2million from the corresponding 2013 results with turnover up to Â£301.9million from Â£280.4million, driven by improved broadcasting income, new commercial deals and their FA Cup success

Wages were up by Â£12million to Â£166.4million, representing 55.7 per cent of football revenue, with key players such as Theo Walcott, Aaron Ramsey and Jack Wilshere having all signed new, improved contracts

For the first time in several seasons, Arsenal did not sell any star players last season - and indeed went on to sign Chile forward Alexis Sanchez after the World Cup as well as France defender Mathieu Debuchy and England forward Danny Welbeck from Manchester United on transfer deadline day

Profit on sale of player registrations up to May 31 was reduced to Â£6.9million from Â£47million in the same period for 2013.

With Arsenal's Â£390million switch to a new 60,000-seater home at Ashburton Grove in 2006 being funded by a long-term fixed-rate bond repayment, the group reported cash balances up to Â£173.3million, from Â£119.6million last year.

Chief executive Ivan Gazidis vowed the board would continue to support manager Arsene Wenger in aiming to keep Arsenal challenging for honours.

"The club is in excellent shape, both on and off the pitch," he said.

"There is always more to do and, whether investing in the team or in training facilities which will provide long-term benefit to the club, our guiding principles are the same and our focus is clear, on delivering more on-field success.

"This remains the shared ambition of our majority shareholder, Stan Kroenke, the board and everyone connected with the club.

"We are well placed to deliver against those ambitions."