Ajax star Hakim Ziyech has hinted he could stay at the Eredivisie giants beyond the end of the season amid transfer speculation surrounding the club's top performers.

The 26-year-old Moroccan has bagged 15 goals and 12 this season in the league and it comes as no surprise that Europe’s biggest clubs are waiting in line to sign Ajax’s free-flowing attacking, young players.

Frenkie de Jong, the 21-year-old midfielder, has already agreed a move to Barcelona next season, and players such Matthijs de Ligt and David Neres are also being eyed up by Europe's giants. 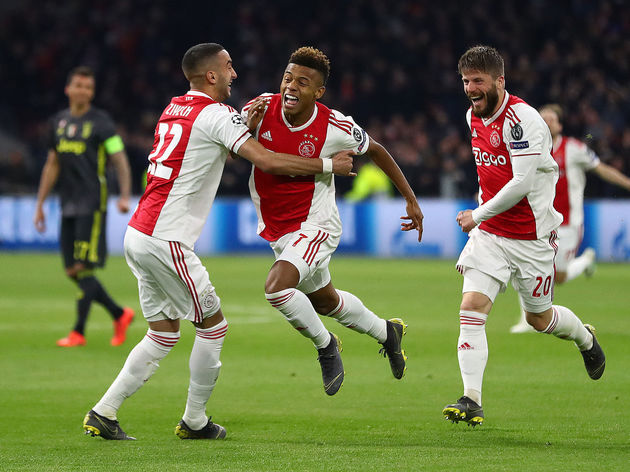 However, Ziyech, linked with Arsenal, Bayern Munich, Liverpool, and Manchester United, has revealed  he is no hurry to leave the Johan Cruijff Arena and will only consider an alternative option if the move was right.

Ziyech told Inside Ajax, as quoted by ​Goal: “Anything is possible.

Ziyech added pace and creativity during Ajax’s eliminations of Juventus and Real Madrid and has been used on both flanks and in midfield this season, but has often lit up games from wherever on the field. Ajax now face a busy summer transfer window but have a Champions League semi final against Spurs that will see two fast-paced teams go head-to-head in what is sure to do the European stage justice.