​It's always a cracking affair, no matter where your allegiances lie. Across all the derby matches in the Premier League, the one you can be sure to offer up a healthy dose of entertainment is the north London derby.

There was meant to be one this Sunday. But there's not. Boo.

Lockdown has meant we will miss out on the first ever clash between ​Arsenal and ​Tottenham at Spurs' shiny new stadium – rightly so, obviously – but we're all a bit miffed that one of the most exciting fixtures on the football calendar isn't going ahead.

Today would have been #NorthLondonDerby day.

⏮️  Instead, as voted for by you, we'll be replaying all of the action from the final derby at White Hart Lane.

Let's flip that on its head, shall we? Let's pretend it did happen, and in the manner it almost certainly would've played out.

Of course, as the lineups are announced, ​Harry Kane has made a miraculous recovery from that hamstring strain to start up top. ​Dele Alli is in the hole, and Eric Dier partners Harry Winks in midfield. Tanguy Ndombele is warming up in the car park outside.

Mikel Arteta goes with the tried and trusted side who'd remained unbeaten in 2020 before lockdown; the only difference being that ​Alexandre Lacazette leads the line.

A raucous backdrop to the on-field matters sets the tone, with one pocket of the stadium awash with red, the rest draped in white. The match kicks off with excitement galore, and before a minute is on the clock, Granit Xhaka plays a hospital pass to Bernd Leno that has the German stretching to clear the ball out for a throw-in. Spurs fans are on their feet, the Gunners looked ragged already.

Pablo Mari – playing in his first NLD – is a bag of nerves, his attempted hoof out of the penalty box from said throw-in is desperation personified, but Gabriel Martinelli does his best to chase the punt down. Toby Alderweireld muscles him off the ball with consummate ease.

A similar pattern follows for the next 15 minutes, with Spurs camped inside the Arsenal half and Dani Ceballos' insistence to chase his own tail whenever he's got possession meaning Tottenham turn over the ball time and time again. Saka wins a soft free kick courtesy of Mike Dean, and the out-swinging delivery falls perfectly on the head of Sokratis to head home. The Greek defender rips his shirt off as the squad go nuts, with the resulting pile-on forcing Ceballos to come off with an injured index finger. On comes 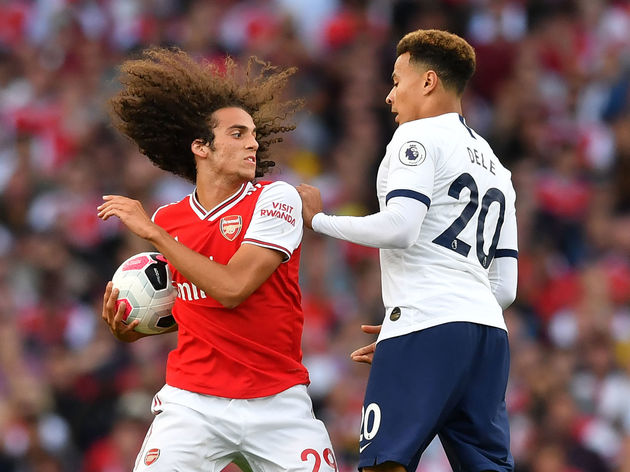 Reporters up and down the country, as well as those in the ground, have already completed their match reports. Why? Because Kane doesn't miss these. And guess what? He didn't.

Guendouzi remonstrates with Dean, who should've booked him for the initial foul, and gets his marching orders. Time is called on proceedings, and both sides are overtaken by Burnley in the ​Premier League table. 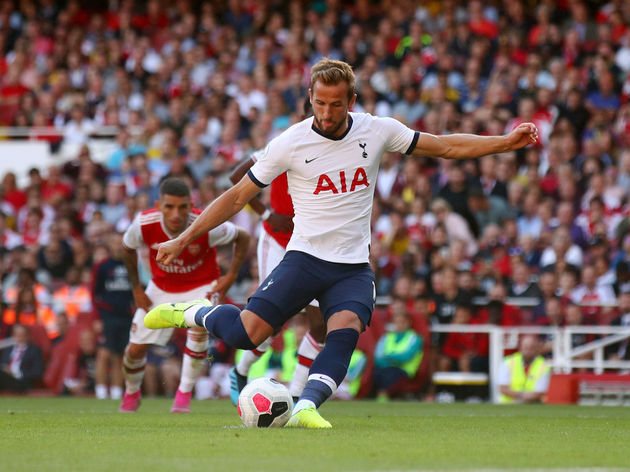