​Arsenal legend Ian Wright vented his frustration at Unai Emery, after the manager dropped Dani Ceballos for the Gunners' meeting with Sheffield United on Monday night.

Despite starting in Arsenal's last two games, and scoring against Standard Liege, the on-loan Real Madrid star had to settle for a place on the bench, with Unai Emery surely regretting that decision at full-time. 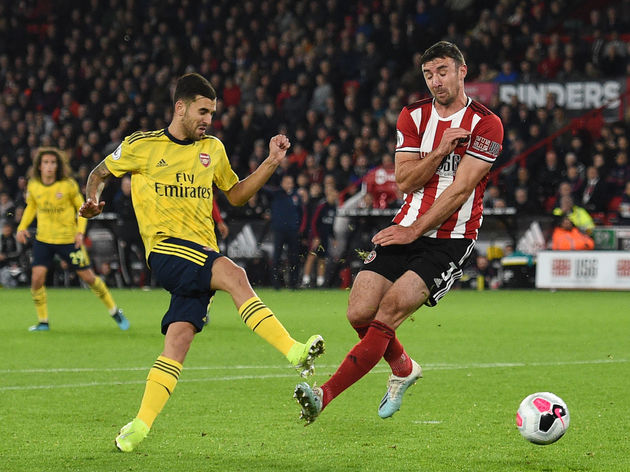 The ​Arsenal boss put faith in academy products Bakayo Saka and Joe Willock at Bramall Lane, with Ceballos losing his place in the team, and Mesut Ozil missing out altogether. Fans questioned Emery on Twitter, with #EmeryOut trending before kick-off, as Kieran Tierney and Rob Holding were also named on the bench, alongside the Spanish international.

Ian Wright agreed with fans on Twitter, with the Arsenal legend suggesting that the biggest mistake was made before kick-off: "I think he’s got to come here and Ceballos has to play. He’s played the youngsters and I’m pleased to see them in there, with Saka," "Unfortunately, it was a game where it passed them both by and then it comes down to the manager and his choices.

"He’s made the change at half-time, with Ceballos, so you’re thinking to yourself: “Why didn’t you start him in the first place?

"Start him. He’s someone that gets on the ball when they want to try and play out, Guendouzi’s got a lot of energy and get the boys playing. ‘[Pierre-Emerick] Aubameyang didn’t have anything to play off today because there wasn’t any creativity."

Lys Mousset's 30th-minute goal was enough to give ​the Blades all three points, with £72m man, Nicolas Pepe missing from six yards out and Saka being booked for simulation either side of the Frenchman's goal. The match leaves Arsenal in fifth, 10 points behind top of the table ​Liverpool, with Sheffield United jumping up to ninth.

This result should be a wake-up call for Emery and his team, with Arsenal being criticised heavily in the media after yet another under-whelming performance.