​Arsenal fans were left disappointed, but perhaps not all that surprised, after their side turned out yet another poor away performance - this time at the King Power Stadium, as they lost 3-0 to Leicester City.

The result was the Gunners' third defeat in seven days and put a serious dent in their hopes of making the top four. Luckily for Arsenal, all their top four rivals also dropped points, with Manchester United and Chelsea drawing to each other and Tottenham Hotspur losing at home to West Ham. 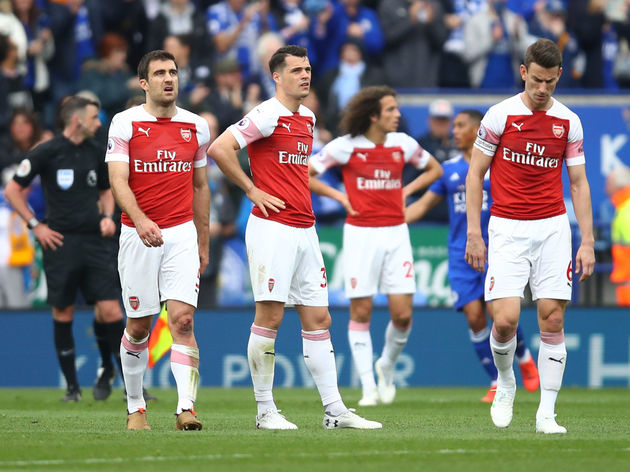 The performance at Leicester has seen players and manager come in for criticism from the Gunners faithful. However, ​Arsenal legend Ian Wright has said there's one player in particular he had sympathy for on Sunday. As quoted by the ​Daily Express, Wright said on his YouTube channel: Wright did concede that Maitland-Niles' red card probably didn't affect the outcome, as he said: “And I don’t think even with 11 men we would have made too much of a difference because we played so poorly.” Arsenal will need to pick themselves up and go again on Thursday night as they face Valencia in the first leg of the Europa League semi-final. With their top four hopes slipping away, the Europa League could prove to be the Gunners' best opportunity of getting ​Champions League football next year.

To do so, they will need to get the better of Valencia over two legs before facing one of ​Chelsea and Eintracht Frankfurt in the final in Baku on Wednesday 29th May.