West Ham midfielder Jack Wilshere has spoken candidly about how his move from Arsenal to the London Stadium hasn't lived up to expectations.

In 2018, Wilshere turned down a new contract at the Emirates to sign with West Ham on a free transfer, with the allure of regular first-team football the determining factor for the Englishman's move across London.

However, in Wilshere's two seasons in the claret and blue, the diminutive midfielder has only made 11 appearances for the Hammers, with his career continuously blighted by injuries and poor form. 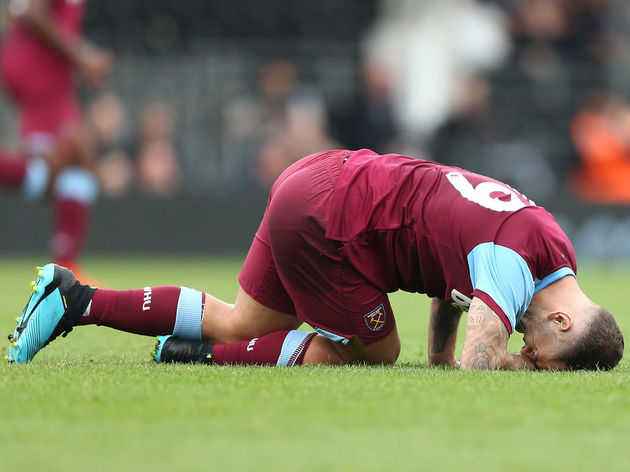 In an interview with ​Stadium Astro, as quoted by the ​Express, the former ​Arsenal man has spoken about his disappointment regarding his situation in east London.

"It hasn’t gone the way I wanted it to, I’ve missed too much football, I haven’t played enough games. At the end of this season ​Wilshere will have just one year remaining on his West Ham deal and, given the player's tone, it remains to be seen whether the 28-year-old will see out his current contract.

However, for a player that's amassed so many injuries, it's unclear how much competition there would be for the midfielder's signature.

"The last couple of years have been frustrating," the England international continued.

"I obviously started really well at ​Arsenal, I was enjoying it, I was loving it, almost taking it for granted.

"I enjoyed my time at Arsenal, and obviously I went to ​Bournemouth, had a good year but picked up another injury. “[I] came back, was told that I could leave but managed to stay and fight my way back into the team and had a good year. Then I made the decision to leave Arsenal and join West Ham.”

Wilshere's honest assessment of his time at West Ham illustrates how far the midfielder has fallen since bursting onto the scene as an 18-year-old who looked set to dominate world football.

His career will surely be looked at as a case of what could have been.