Arsenal are believed to be considering a number of candidates for the club's sporting director role, which is to become available after head of recruitment Sven Mislintat leaves the club.

The ex-Borussia Dortmund scout was brought in at Arsenal as their head of recruitment in 2017, as the Gunners began a reshuffle of their internal management scheme. However, Mislintat has decided his position at the club has become untenable, believing his chances of progressing into a technical director role have diminished.

Former Gunners midfielder Edu was the first name publicly linked with the job, but the Brazilian has since refuted that he is interested in leaving his position with Brazil's national team.

A compiled list of transfers during #Mislintat's days as a Scout (#BvB), Chief Scout (BvB), Director of Professional Football & Chief Scout (BvB), and Head of Recruitment (AFC). Then take the rumors from this window, both transfer, and the news today, and make what you will #AFC pic.twitter.com/WtHCzotMyD

Now respected journalist David Ornstein, speaking to BBC Radio 5Live, has stated that the club have a number of candidates in mind, dismissing the notion that Edu was the club's preferred choice for the role.

“Is Edu the favourite to replace Sven Mislintat? I don’t know if he’s the favourite, but he’s one of the names who’s been linked through various reports," Ornstein said, as quoted by the ​Daily Star.

“I heard a few names a while ago and he was not one of them but that is not to say he doesn’t fit the bill." 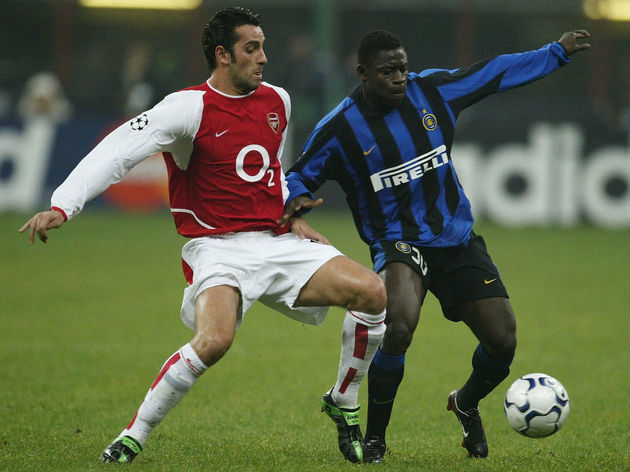 Ornstein, who is synonymous with his close connections to the north London club, claims rumours of Edu seizing the new role could have been fabricated due to family reasons - with the Brazilian currently

“I’ve actually spoken to somebody in the last 24 hours that suggested to me that while Arsene Wenger was in charge, Edu was the name that was put forward at the time b

Despite the ongoing alterations behind the scenes, Gunners' boss Unai Emery has refused to be drawn on the speculation, instead focusing his attention on this weekend as Arsenal host ​Chelsea in the ​Premier League on Saturday.