Leicester returned to third place in the Premier League with a comfortable 2-0 victory over top four challengers Arsenal on Saturday, courtesy of goals from English pair Jamie Vardy and James Maddison.

The game started at a fast pace and the Foxes felt they should have had a penalty after only ten minutes when Caglar Soyuncu appeared to be pulled back in the box by Matteo Guendouzi, but VAR saw no need to overrule the on-field decision. Leicester continually pressed Arsenal high up the pitch, preying on the mistakes the away side made but spurning the opportunities that fell their way.

Both teams looked dangerous going forward and the first goal seemed absolutely crucial, but neither side were able to capitalise on the chances they created and the game entered the half-time break goalless.

The second half started in much the same vein as the first, with Leicester dominating possession and rattling the woodwork through Wilfred Ndidi's strike from just inside the box. Shortly after, Arsenal thought they had taken the lead against the run of play, Pierre-Emerick Aubameyang sweeping home a cushioned cross, but VAR supported the on-field offside decision.

​Leicester started this one incredibly brightly, pressing Arsenal high up the pitch and forcing errors. Brendan Rodgers - who has been linked with a potential move to the Emirates - will have been pleased with the energy and commitment his players showed, continually creating half chances that seldom tested Leno.

The Foxes would have been feeling relatively positive about their first 45-minute performance but may have been worried that they would live to rue their missed opportunities, with nine shots going begging. 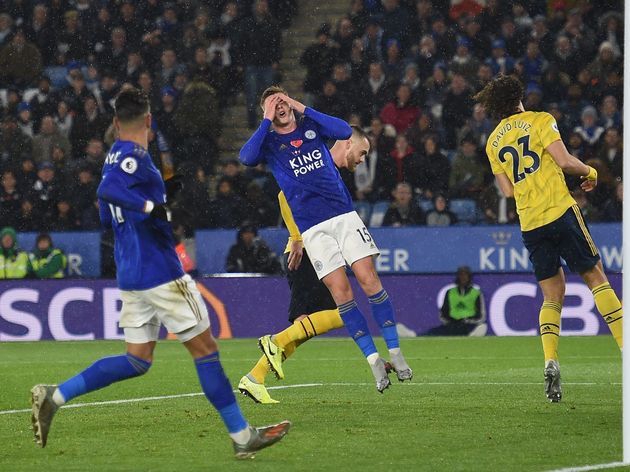 Leicester continued their endeavour at the beginning of the second half but looked rather toothless going forward, failing to create any clear goalscoring chances. But soon Leicester found their mojo, carving open the opposing defence with a lovely passing move which was calmly finished off by ​Vardy.

Leicester soon found a second and with it secured the three points. It was another impressive performance from the Foxes and it seems inevitable that Rodgers' side will be playing in Europe next season. The Englishman scored a lovely second for Leicester and continually looked on the cusp of brilliance throughout the match.

​Arsenal are increasingly heading into these kind of occasions as underdogs, and it is easy to see why. The Gunners failed to establish control of the game early on, enabling the hosts to get a strong foothold with little resistance. However, Unai Emery's side defended well out of possession, with their only defensive mistakes coming from when they attempted to play from back to front.

With the attacking trident of ​Mesut Ozil, ​Pierre-Emerick Aubameyang and ​Alexandre Lacazette, many Arsenal supporters will have been frustrated with the lack of quality in the final third as the visitors struggled to consistently open up the Leicester defence during the first 45 minutes. Arsenal still found themselves under the cosh in the second half, making the rare foray towards the opposition goal. But the Gunners carried on defending admirably, containing Leicester for the most part and denying the Foxes clear shots on goal. However, their defence soon caved, allowing Leicester far too much time and space in and around the penalty area and failing to pick up Jamie Vardy at the far post.

Arsenal soon fell to pieces and once Leicester scored a second, the game was all but over. Yet another underwhelming display from the Gunners with pressure hitting new heights for Unai Emery. The visiting supporters will not be too impressed with their side's timid and lifeless display and will be thankful for a much needed international break. 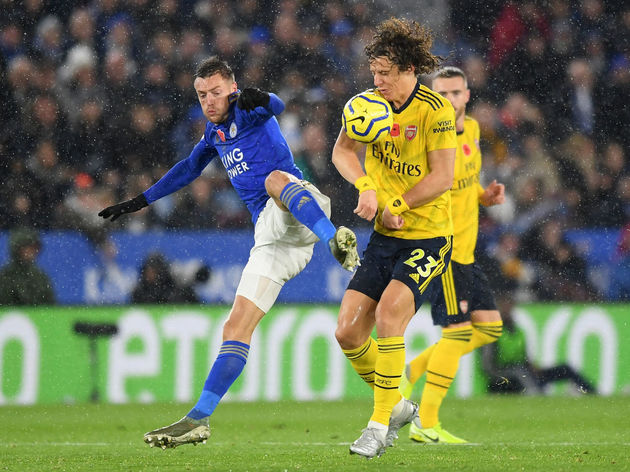 David Luiz was the best of a pretty sorry bunch in yellow at the King Power.

Premier League action will be interrupted by the upcoming international break, but both sides return to action on 23 November.

Leicester face a trip to southwards to take on ​Brighton, meanwhile, Arsenal play host to ​Southampton at the Emirates.