​Arsenal continue their quest for a place in the Premier League's top four when they travel to the King Power Stadium to take on Leicester City.

Having suffered back-to-back defeats the Gunners' hopes of finishing in a Champions League qualification place have taken a huge hit. However, with the teams around them also dropping points left, right and centre they are still in with a chance of climbing the table. 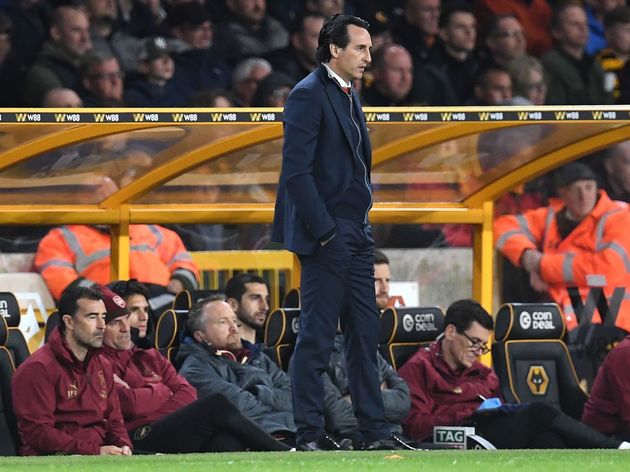 Their trip to ​Leicester now looks to be a must-win game for Emery with their now being very little margin for error for his team, and here is how he may choose to line his side up for Sunday's crucial encounter. Bernd Leno (GK): The German has made quite the impression since his arrival from the ​Bundesliga in the summer, although has conceded six goals in his last two games. He'll be eager to keep a clean sheet on Sunday and help his side pick up some valuable points.

Ainsley Maitland-Niles (RWB): Although Maitland-Niles didn't have the strongest of games in the defeat to Wolves, ​the Gunners have very little cover in the full back areas so Emery looks set to stick with the youngster.

Sokratis Papastathopoulos (CB): In a back line which has struggled at times this season Sokratis has emerged as a real leader since his arrival in the summer, and he'll need to lead by example on Sunday if Arsenal are to pick up any points.

Laurent Koscielny (CB): His season has been plagued by injury, however the fans will at least be thankful they have his experience at the business end of the season where there is no more margin for error.

Nacho Monreal (CB): It may not be his natural position but again given Arsenal's lack of depth in the back line, Monreal may well slot in the centre of defence to provide cover for the full backs when going forward.

Sead Kolasinac (LWB): The Bosnian full back will need to put in a shift both going forward and retreating in defence, especially with the prospect of him facing the frightening pace of Demarai Gray down Arsenal's left hand side. 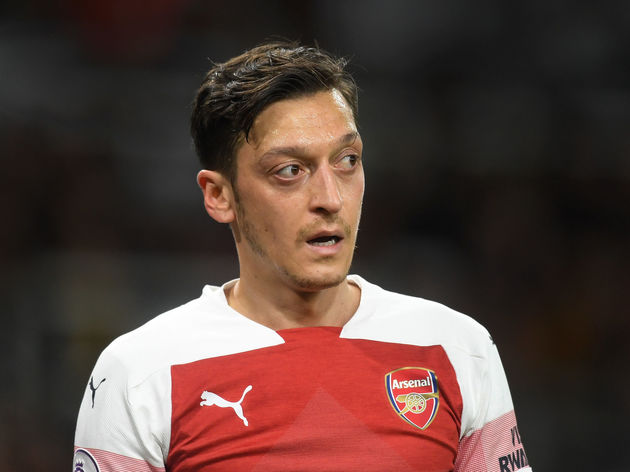 Grant Xhaka (CDM): Although Emery has been known to rotate his side we are now at a point in the season where rotation is a dangerous tactic, therefore even though Xhaka didn't have the best of games against Wolves it looks as though he'll have a chance to redeem himself on Sunday.

Lucas Torreira (CDM): Another summer signing who has appears to have already won the fans over, Torreira will be looking to have a productive afternoon in the middle of the park.

Mesut Ozil (CAM): He has constantly been in and out of the Arsenal side this campaign to the frustration of the supporters, but in the big games you need your best players playing and ​Ozil will need to be at his best if Arsenal are to win on Sunday. Pierre-Emerick Aubameyang (ST): He's Arsenal's top scorer in the Premier League this season with 19 goals and the Gunners will certainly need him firing against Leicester, and if Aubameyang needed any extra motivation ahead of Sunday the fact that he is now two goals behind the league's top scorer Mohamed Salah won't sit well with him.

Alexandre Lacazette (ST): Both Aubameyang and Lacazette looked to have formed a deadly partnership as Arsenal's front two, and the Frenchman will also be looking to add to his goal tally of 13 with just three games left.