This was the very frank response from Arsenal manager Arsene Wenger gave in a post-match interview when asked if his side being torn apart by Manchester United in a 6-1 annihilation had ended the Premier League title race, back in the 2000/01 season.

Even prior to kick-off, back-to-back reigning champions United were running away with the title. Barring one brief slip in the reverse fixture against Arsenal at Highbury, Sir Alex Ferguson’s team had been top of the table since the start of September and were beyond dominant. 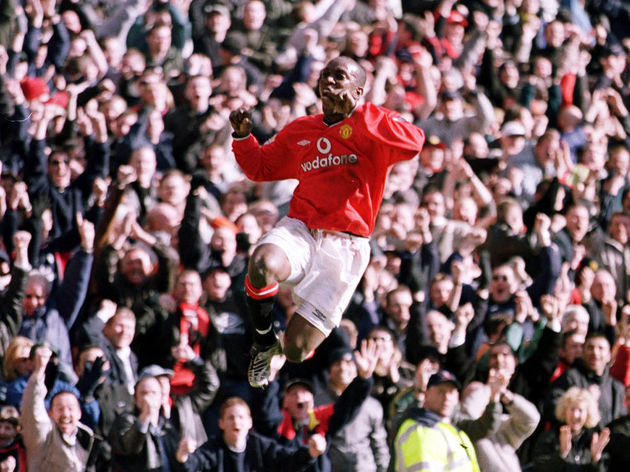 As Arsenal arrived at Old Trafford hoping to cut a 13-point lead, it took Dwight Yorke less than three minutes to break the deadlock. Thierry Henry actually got an equaliser for the visiting Gunners, but the United striker had completed his hat-trick in just over 20 minutes.

Roy Keane and Ole Gunnar Solskjaer made it 5-1 by half-time, before a much less intense second half produced only one more goal from substitute Teddy Sheringham.

United had only managed to score four goals in their last six games in all competitions ahead of this one, having also been knocked out of the FA Cup during that time.

So to come out of the blocks as they did and score five times in the first half against their biggest rivals to extend an already monster lead in the title race as a huge statement. Yorke’s place in the starting XI was only his second in nine games after falling to the bottom of the pecking order behind Sheringham, Solskjaer and treble partner Andrew Cole. But it pointed towards Ferguson’s legendary man management skills to select Yorke ahead of Sheringham, who was top United’s scorer, with Cole left out.

The Trinidadian was coming towards the end of his brief but successful stint at Old Trafford and the three goals he scored in this game accounted for a third of Premier League tally that season.

Arsenal were threadbare at the back, with no Tony Adams, Martin Keown or Lee Dixon, and with a 20-year-old Ashley Cole only just starting out. Lauren had joined the club in the summer of 2000, but his debut season was blighted by injuries.

Going forward they had enough to compete, as evidenced by that fact that Henry equalised, yet they couldn’t cope with a rampant United going the other way. This game is probably the only one that Arsenal defender Igors Stepanovs is remembered for, with the Latvian centre-back enduring a nightmare day after previously growing into a role. It didn’t help that the Gunners had no other recognised central defenders on the pitch in a patched up back four in front of goalkeeper David Seaman.

Stepanovs only played sparingly for Arsenal after that and left the club permanently in 2004.

The wheels somewhat came off at Old Trafford afterwards. A number of older players like Yorke, Cole, Sheringham, Jaap Stam, Denis Irwin and Ronny Johnsen soon moved on and United finished third the following season, their lowest ever in the Premier League at that time. 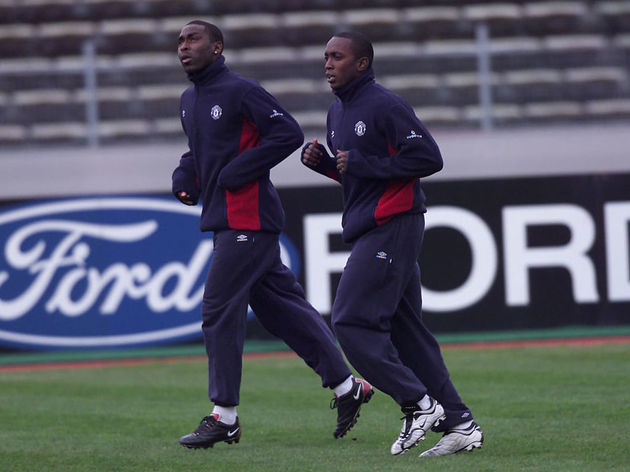 Gary Neville has remarked more than once that even while United were still winning at a canter it was the worst continued period of poor form in his career, a sort of treble hangover in a low quality league. That could be said for other players as well.

Arsenal, however, were coming up in the opposite direction.

Things That Aged the Best It was a vintage performance that symbolised the domestic dominance of a single club. United had won the treble in 1998/99, set a Premier League record for points and goals in 1999/00 and won the league at a canter in 2000/01 to do three in a row for the first time.

As already mentioned, it’s probably the only reason Igor Stepanovs is remembered as an Arsenal player, while Gilles Grimandi and Oleg Luzhny also lined up that day.

Home-grown winger Luke Chadwick off the bench in one of 22 first-team appearances that season. Mikael Silvestre is also an all too easily forgotten part of United history, despite playing over 350 games for the club over a mostly successful nine-year period. ​United’s win sent them 16 points clear at the top of the table with only 10 games to go. With the hard work done, they drew against Leeds and lost to Liverpool in the weeks that followed, but still recorded the earliest ever Premier League title win on 14 April with five games to go.

In the end, they actually lost their final three games, allowing the lead to drop to 10 points. Arsenal won six of their remaining games and, despite losing on the final day, held on to second place and automatic Champions League qualification ahead of Liverpool and Leeds.

Why did United take their foot off the pedal after this game? And what records more might they have set if they had won more than just four of their final 10 fixtures?

How much of an impact did this have on Arsenal’s collective resolve ahead of winning a Premier League and FA Cup double in 2001/02?