​​Arsenal legend Martin Keown has vented his frustration that Alexandre Lacazette and Pierre-Emerick Aubameyang aren't been played together often enough.

The duo started  the Gunners' 3-0 win over Rennes in their Europa League round of 16 second leg clash, helping the north Londoners wrap up a 4-3 win on aggregate.

The pair have only featured in the same starting line up on 17 occasions though, with Unai Emery instead opting to play or the other for the majority of the season. 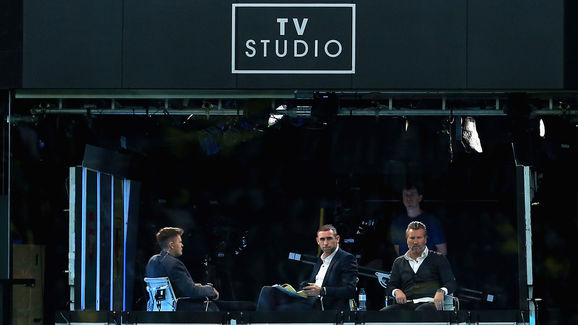 That decision has frustrated many supporters and former players, none more so than former Arsenal defender Martin Keown - who speaking to BT Sport (via Da​ily Star) expressed his discontent at Emery's decision not not utilise their pace together more often.

“Over the years, the last 10 years or so, that’s not been then case. These two have got tremendous pace. They love playing with one another, there’s almost a telepathic link up with them.

“They look for one another and they can finish when they get the opportunities. I’ve almost been frustrated." With Arsenal in a dog fight to grab a top four spot, Keown went onto compare how rivals Liverpool and Manchester United have shown confidence in multiple forwards and believes Lacazette and Aubameyang can have the same effect for Arsenal - commenting further that it's difficult to defend against two strikers, rather than one.

He added: “Emery has been a little bit reluctant to play these two together. If you look at [Mohamed] Salah and [Sadio] Mane, you look at Lukaku and Rashford, this is sort of in vogue now.

“Your twin strikers, inside left, inside right, lots of pace. It’s really difficult and a nightmare now for central defenders, you’ve got to be really at your game.

“There’s none of this business of one up to anymore. Two strikers, but two strikers who can play and these two can do that for Arsenal.”

The pair have 29 goals between them in the Premier League this season, with Aubameyang only three off of hitting the 20 mark. If Emery can start the two more often, their partnership could well be the deciding factor in whether Arsenal secure a top four finish come the end of the season.