​Mesut Ozil has denied rumours that he does not get along with Unai Emery, insisting that he has a positive relationship with the Gunners' boss despite a difficult first season for the pair.

Ozil endured a tough campaign in 2018/19 under the guidance of the Spaniard, starting only 20 Premier League fixtures and scoring just six times as the Gunners missed out on Champions League qualification for a second successive season. 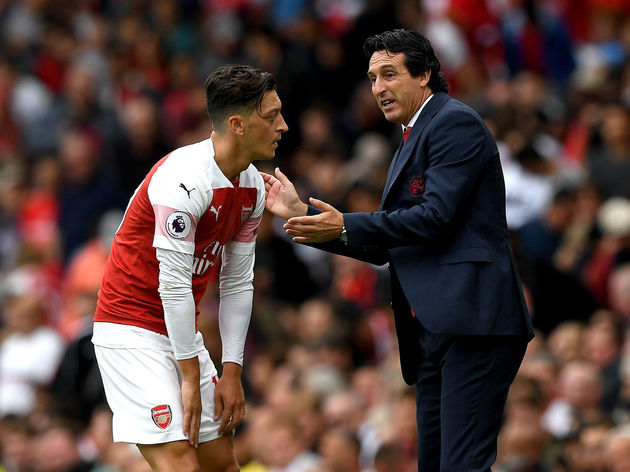 Despite all of this negativity, Ozil told the media that the pair have a strong bond, saying: "I have a really good relationship with the coach so we are speaking a lot and he wants to help me and I want to help the team. I have had a lot of coaches in my career so of course every coach is different and wants something different from you as a player.

The former Germany international went on to add: "What we spoke about, between me and the coach, I can’t tell you because if I say something now to you, in the future he does not want to speak to me again, so I have to take care of that. We are speaking a lot and he wants to help me and I know what I can do on the pitch. I want to help the team and I think it will be going well this season, for me and the team.”

​Arsenal's preseason preparations continue with upcoming fixtures against Fiorentina and ​Real Madrid this month. Ozil will hope he can shake off his injury problems and impress Emery this summer, as he looks to recapture his scintillating best form and make a real impact in 2019/20.