Fenerbahce have released an official statement ruling out any move for Mesut Ozil on the basis that the German would be too expensive.

Ozil played just 24 times in the Premier League last season, with the 1,741 minutes he mustered being the lowest tally since his arrival at Arsenal from Real Madrid in 2013. 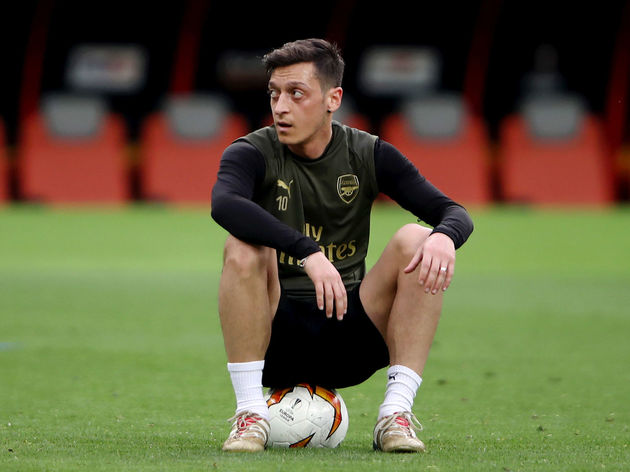 Throughout the season there were repeated rumours of poor relations between himself and boss Unai Emery, leading many to question his future going into this summer's transfer window, especially with the ​Gunners' need for extra cash considering their £40m budget.

However, with two years left on his £350,000-a-week deal, Ozil has proven to be hard to shift, and though the Turkish side had long appeared to be his likeliest suitor, the statement released by the club on Wednesday put an end to the speculation.

As quoted by the ​Evening Standard, the Istanbul-based club declared: "In recent weeks, and especially in the last few days, the necessity of providing information about the claims of Mesut Ozil, which is on the agenda, to clarify the situation has arisen.

“Mesut Ozil, with his career and stance successfully represents our country abroad, is an important value known with the identity of Fenerbahce.

“However, Fenerbahce does not have an initiative for Mesut Ozil. Under the current economic conditions, such a step is not possible for both parties.

“Our President, Ali Koç, made statements on the subject in the WinWin program held on June 20 and emphasized that this could not be realized in the short term.

“We present it to our community and the public."