Ozil has been on the fringes of the Gunners' starting XI under Unai Emery this term, confined to the sidelines due to a variation of "tactical" and injury concerns. This has led to plenty of speculation on an exit from the capital, but the German's agent, Dr. Erkut Sogut, has vehemently denied these links.

Speaking to ​Goal, Dr. Sogut proclaimed: “I would prefer not to speak publicly about Mesut’s situation, but given the recent speculation linking him with a move away from Arsenal, I do feel it is important to provide some clarity so we can end this and focus on football,” “Mesut signed a new contract last January because he saw his future at Arsenal and nothing has changed in his mind. He wants to stay for the duration of that contract and maybe even longer.

“Mesut is 100 per cent committed to Arsenal Football Club. He loves the club, shares its values and does not want to be anywhere else.

"He is proud to wear the shirt and honoured to represent Arsenal on and off the pitch. He takes his responsibilities - including being selected as one of the captains this season - very seriously and has a great relationship with his team-mates, the staff and fans.”

 "Yes, we are interested in Aaron Ramsey, he's a great midfielder." https://t.co/jDsgom1pYd

Despite this declaration, the football agent did not attempt to completely sugarcoat the 30-year-old's start under Emery: “In the last year, there has been enormous upheaval for everybody at the club and the first half of this season has not been perfect for Mesut.

"He has suffered from injuries and illness, and is working hard to adapt to the different system employed by head coach Unai Emery. This may take time, but Mesut will give everything he has to help make it work and bring success to Arsenal.”

“People might say I only have Mesut’s best interests at heart, but this is not true. I also represented Arsenal in his contract renewal and in other deals, too."

What was your favourite moment? pic.twitter.com/aVlLiLYhVG

Even in his position as quasi-outcast, Ozil has still created the most scoring chances for Emery's side this season, with 22.

In this vein, the Doctor continued: “He has not spent long periods injured and maintained a high level of performance, as the statistics show. Despite what some may say, he understands the fabric and expectations of the club better than most. 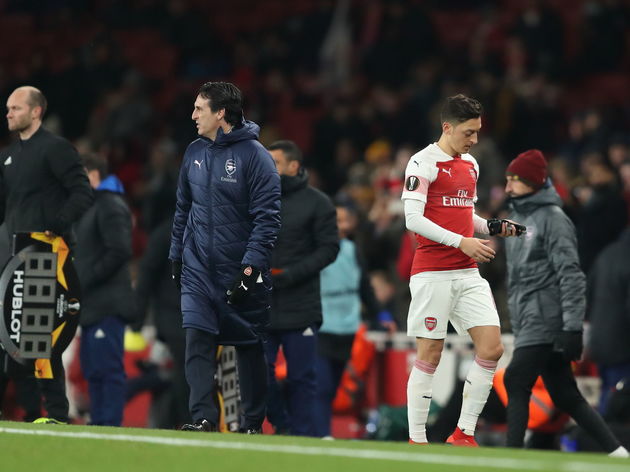 “Unless you are on the inside and privy to what happens on a daily basis, it is best not to speculate. In every journey there are highs and lows, but it is important to consider the bigger picture rather than simply making knee-jerk judgements without proper context.

“The speculation around Mesut’s future has not come from him or us and is unfortunate because the situation is clear: his future is with ​Arsenal, end of story.”