​Arsenal manager Mikel Arteta has confessed Tuesday's meeting with Chelsea will likely determine whether his side can finish in the top four of the Premier League or not.

The Gunners currently sit tenth, ten points behind fourth-placed Chelsea, so another defeat at the hands of the Blues would leave them with an enormous mountain to climb if they are to reach the top four. They came close to beating ​Chelsea back in December, only to concede two late goals and end up losing, and Arteta has confessed (via ​The Guardian) that they cannot have a repeat of that this time.

“It’s very, very important for us to win this game to fight for [the top four],” Arteta said. “The game we played at home could have made a big difference and we were very close to it. We need to win.”

He also admitted that another season away from the ​Champions League would be 'a big concern' for the club, adding that he cannot focus on rebuilding the squad as he needs immediate results too. 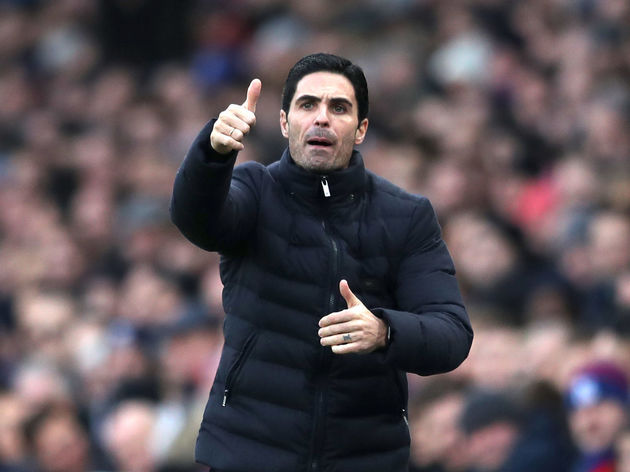 “I don’t look at next season at all; I just look at what we can do to get better, and what happens next season is only going to be a consequence of what we are able to do this season,” he revealed.

“We cannot waste these four months just thinking about next season, because the hurry of a big football club is now, not in the summer.”

To reach the Champions League, Arsenal will need to improve drastically. They have won just three of their last 15 games, and Arteta added that consistency has been his side's biggest issue this season. “If we are able to win three or four games on the trot, then we are right there. That’s the challenge we have and all the teams have at the moment," he said.

"When you look at the results from the weekend, all the draws, and how one decision changed the whole game between ​Burnley and ​Leicester, the margin is not that big. So it is complicated. You have to dominate every aspect of the game.”