Napolis David Ospina Discharged From Hospital After Collapsing Against Udinese

 Thank you from the bottom of my heart to everyone for your prayers and your thoughts.
I am fine and recovering with my family.
I hope to be back soon and stronger than ever! pic.twitter.com/gssKzZ9jxD

​Napoli took the lead in their ​Serie A clash, going two goals up thanks to strikes from Amin Younes and Jose Callejon, however, after Udinese pulled two goals back before half time, Ospina was unable to continue and replaced by Alex Meret.

Despite recovering from the knock, ​Napoli confirmed on Monday afternoon, via the club's ​official website, that the 30-year-old 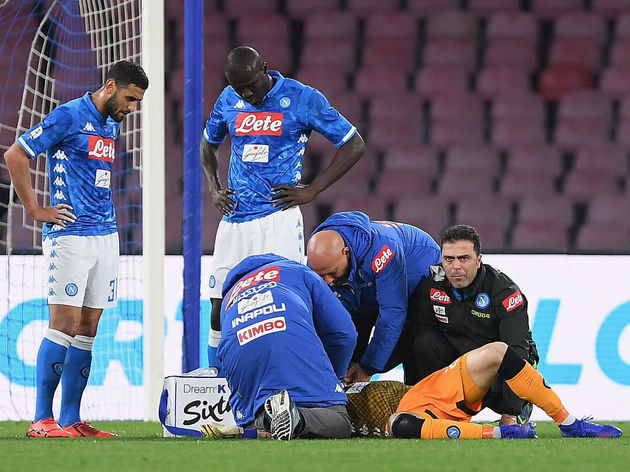 The statement read: "David Ospina was discharged this afternoon from the Pineta Grande Clinic where he had been hospitalised last night for a series of investigations and specialist visits. All tests are negative.