On this day in 1903, Scottish club Aberdeen were founded when three local teams merged.

Since promotion to the top flight in 1905, the Dons have never been relegated and are the only Scottish side to have won two European trophies when an Alex Ferguson-led team won the UEFA Cup Winners’ Cup and UEFA Super Cup in 1983.

Aberdeen are also the last Scottish club other than Celtic or Rangers to win the title, claiming two on the bounce in 1983/84 and 1984/85, again under Fergie. Roy Vernon was Everton top scorer for four consecutive seasons in the early 1960s, a period which coincided with the Toffees’ rise back to the pinnacle of English football.

The Welsh forward arrived from Blackburn in 1960 and scored more than 20 goals in each of his four full seasons at Goodison Park. That spell brought the First Division title to the blue half of Merseyside in 1962/63, the club’s first since before the Second World War.

Vernon went on to play for Stoke, while he had previously represented Wales at the 1958 World Cup. Having spent several months AWOL at home in Argentina after he was accused of refusing to come off the bench in an infamous Champions League game against Bayern Munich, Carlos Tevez’s role in Manchester City’s 2011/12 Premier League title win cannot be understated.

In his first start since returning, he scored in a victory over West Brom. Then, on 14 April, just as the title race was beginning to turn back in City’s favour, Tevez scored a hat-trick and set up one for Sergio Aguero in a 6-1 annihilation of Norwich.

While Manchester United dropped five more points after, City went on to win out the season and claimed their first league trophy since 1968 on goal difference.

ON THIS DAY 2013: Newcastle United fan punches a police horse after a 3-0 defeat at home to local rivals Sunderland #NUFC pic.twitter.com/kcvUkwpYWs

In one of the weirder moments in Premier League history, an angry Newcastle fan couldn’t contain his rage following a 3-0 home defeat to Sunderland in the Tyne-Wear derby in 2013 and punched a police horse named Bud during violent scenes after the game.

That fan was later sentenced to 12 months in prison and banned from football for six years. Jurgen Klopp spent 2015/16 finding his feet at Liverpool and their eighth place Premier League finish was the club’s joint lowest since relegation from the top flight in 1954. But in Europe, at least, there was perhaps a glimpse of what was to follow.

The Reds reached the Europa League final and did so by beating Klopp’s former side, Borussia Dortmund, en route in the last eight of the competition.

14 April was the date of the thrilling second leg that Liverpool won 4-3 at Anfield after trailing 2-0. Henrikh Mkhitaryan, Pierre-Emerick Aubameyang and Marco Reus all scored for an all-star Dortmund side, and even at 3-3 on the night - 4-4 on aggregate - it was the German side who were heading through on away goals.

That was until Dejan Lovren popped up with a 91st minute Liverpool winner. 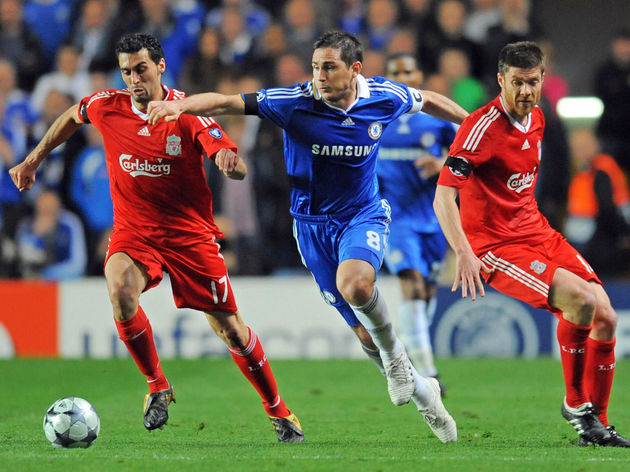 Chelsea and Liverpool shared eight goals in a Champions League quarter-final second leg on this day in 2009, and 12 goals in the thrilling tie overall.

Liverpool went into the second leg at Stamford Bridge knowing they had to score goals after going down 3-1 at Anfield in the first leg. That is what they did, with Fabio Aurelio and Xabi Alonso cancelling out the aggregate deficit inside half an hour.

But then Chelsea stirred into life and scored two of their own after half-time through Alex and Didier Drogba. Frank Lampard then extended Chelsea’s aggregate lead to 6-3, only for Liverpool to go ahead on the night through Lucas Leiva and Dirk Kuyt, setting up a nervy finish.

One more goal would have taken Rafa Benitez’s team through to the semi-finals, but it was Lampard who struck next, giving the decisive blow to Chelsea.

1991 - Gazza Screamer for Spurs at Wembley 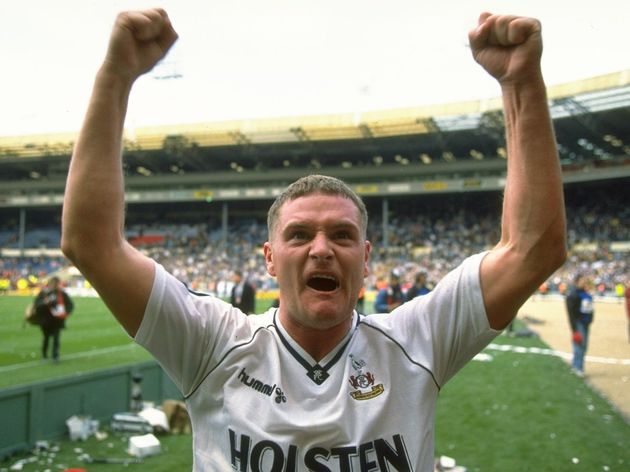 It is perhaps Gascoigne’s single most famous moment in a Spurs shirt and he top scored in that season’s FA Cup. But the maverick midfielder was stretchered off just 17 minutes into the final when a bad tackle on Nottingham Forest’s Gary Charles left himself with a serious knee injury.

Imagine being a Tottenham player and scoring a stunning 30-yard volley against Arsenal…on your Premier League debut, no less. It’s the stuff that dreams are made of, but it was very much a reality for Rose on 14 April 2010. 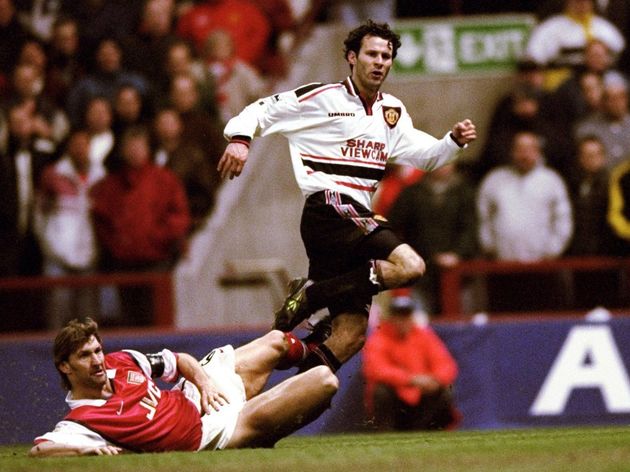 The 1999 FA Cup semi-final replay between Manchester United and Arsenal is one of the all-time classic games in English football history, a titanic clash between two of the very best and one that ultimately shaped a historic season for one of them.

This game at neutral Villa Park had everything, from penalty drama that could have won it for Arsenal when Peter Schmeichel saved Dennis Bergkamp’s effort from 12 yards, to a red card when Roy Keane was given his marching orders.

But the iconic moment came when Ryan Giggs picked up the ball in midfield by intercepting a loose pass from Patrick Vieira and drove at the Arsenal defence. The United winger beat three players and fired high into the roof of the net past David Seaman.

From that moment, the treble was really on.