Who fancies delving deep into the archives of April 8's most spectacular footballing moments?

Well, even if for some reason you don't particularly fancy it, we're going to enjoy doing it anyway. And, believe us when we say 8 April has provided a host of cracking memories down the years.

Depending on where your loyalties lie, we warn you that some of these will be painful to remember. And of course, this means others may well bring joy to your heart.

So, with an array of drama, dazzling displays of individual skill, and classic contests, let us commence this particular trip down memory lane on 8 April...

 - On This Day 1988. @alanshearer made his first League start for Southampton against Arsenal at The Dell.

The striker scored a hat-trick and became the youngest player to score a hat-trick in the top flight. Southampton won 4-2. pic.twitter.com/vKNxFVTFcH

Inevitably, he did it in some style. Not only did he score three times against champions-elect Arsenal, he also became the youngest player ever to net a hat-trick in the country's top division, breaking Jimmy Greaves' 30-year-old record.

This was the Englishman's full debut for Southampton. Naturally, the man who was to go on to become the country's greatest ever goalscorer scored a hat-trick on his first start in top flight football. 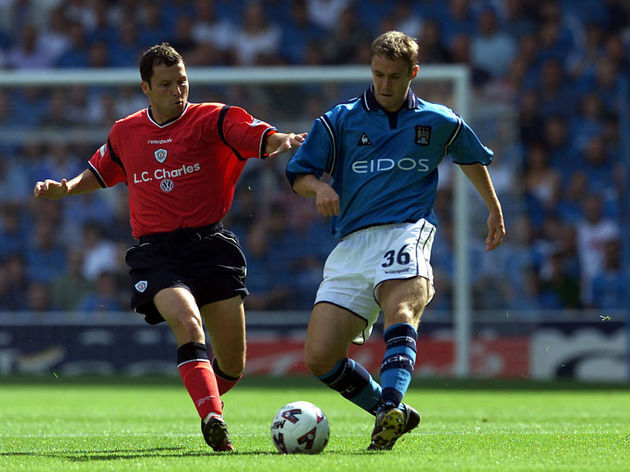 It's funny to think that 20 years ago to the day, ​Manchester City were plying their trade in England's second division. And on this particular occasion, they were taking on England's finest - Crewe Alexandra.

Granted, they walloped them 4-0, and managed to gain Premier League promotion at the end of the 1999/2000 campaign, but comparing where they were then to where they find themselves now is quite the jaw-dropper.

All we can say is - what a difference a couple of decades can make! 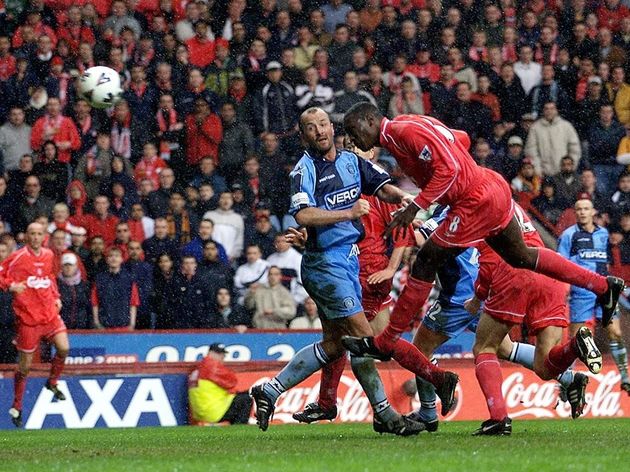 ​The first of two classic FA Cup semi-finals that took place on 8 April in 2001. A certain Wycombe Wanderers were wowing the country as they ploughed through the FA Cup to reach the final four. Who were in their way? Unfortunately for them, it was ​Liverpool.

The Reds' task was anything but easy – and it wasn't until the 78th minute that they found a way through Wycombe's stubborn defence; and it took the great Emile Heskey to break the deadlock.

Even after the Reds went 2-0 up, Wycombe grabbed a goal of their own to set up a nail-biting finale. As ​Arsenal fans will all (painfully) remember, the Gunners' excellent victory over Spurs in their 2001 FA Cup semi-final was somewhat overshadowed by the fact that they lost to Liverpool in the final. Michael Owen's late double remains one of the competition's finest moments.

Anyway, to the game at hand - the semi-final contest between the Gunners and their arch-rivals Spurs. Arsène Wenger's Arsenal battered Glenn Hoddle's ​Tottenham side far more than the eventual 2-1 scoreline suggested – with goals from Patrick Vieira and Robert Pirés sealing their spot in the final.

1️⃣2️⃣ years ago, a pulsating @ChampionsLeague encounter at Anfield.

The tie was in the balance after the first leg finished 1-1, and the pendulum swung this way and that throughout a special night at Anfield.

First, Arsenal got their away goal, then Sami Hyypia equalised before Fernando Torres opened up a 2-1 lead with a stupendous strike. Theo Walcott then went on a classic counter-attacking run to make it 2-2, before Steven Gerrard and Ryan Babel scored twice late on to ensure Liverpool completed a compelling comeback and secured their place in the semi-final.

Mikel Arteta. City. Arsenal. How very 2019. Back in 2012, Arteta was playing for the Gunners, and his stunning 25-yard strike put City to the sword and left their title hopers in tatters as Arsenal ran out 1-0 winners.

City were left eight points behind ​Manchester United at the top of the table...but we all know how that particular title race turned out.

You don't have to cast your mind back too far to remember this one. And, given how special this particular goal was, both Chelsea and West Ham fans alike won't forget this one in a hurry.

​Eden Hazard was the man, and he set Stamford Bridge with both goals in a 2-0 win – but it was his first strike that is among one of the Premier League's finest individual goals.

The Belgian picked the ball up close to the centre circle, waltzed past five West Ham players, and stuck a calm finish into the bottom corner. A truly remarkable goal from one of the Premier League's modern greats.