​Another football-less Saturday in isolation then? Brilliant.

As your memories of what it's like to enjoy the best sport in the world grow dimmer and dimmer, it is importantly to refresh your minds with some unforgettable moments for the footballing past.

So here it is.

Six of the best football thingies that have happened on 4 April (that's today (unless you're reading this later and it isn't)). ​On this day in 1953, Duncan Edwards made history by making his ​Manchester United debut at the tender age of 16.

Edwards would go on to enjoy a fantastic career, spearheading the Busby Babes throughout a period of sustained success in which the club won two First Division titles and two Charity Shields.

Tragically, his career and life were cut short when - aged just 21 - he was one of 23 people to die when the plane the United squad were traveling on following a European Cup quarter final win over Red Star Belgrade crashed.

2001 - Leeds Breeze to Victory Against Deportivo Before everything fell apart for Leeds, fans were treated to one of their most exhilarating nights of football in the club's modern history.

A third-placed finish the previous season meant the Whites were playing ​Champions League football for the first time since its rebranding. ​Michael Owen and Emile Heskey - a throwback to a bygone era when the little and large strike partnership was still revered at the top level.

Nothing showcases the duo's synergy better than an examination of Liverpool's 4-0 thrashing of Blackburn back in 2004.

Owen grabbed a brace in this game - one of which was of course set up by his partner in crime - while Heskey also popped up with a goal to help the Reds secure an emphatic victory.

On This Day 2009: Wolfsburg's Grafite scored this amazing back-heal in a shock 5-1 victory over Bayernpic.twitter.com/msxHgS2s5z

The Brazilian channeled the spirit of Ronaldinho against ​Bayern Munich, breezing past a host of Die Roten defenders before capping it off with the most audacious of finishes.

The spectacular goal was Wolfsburg fifth in a famous 5-1 victory and it was made of the better by the maniac commentator calling the action. The result would be used as a springboard for ​Bundesliga

2015 - Arsenal Cruise to Win Over Liverpool 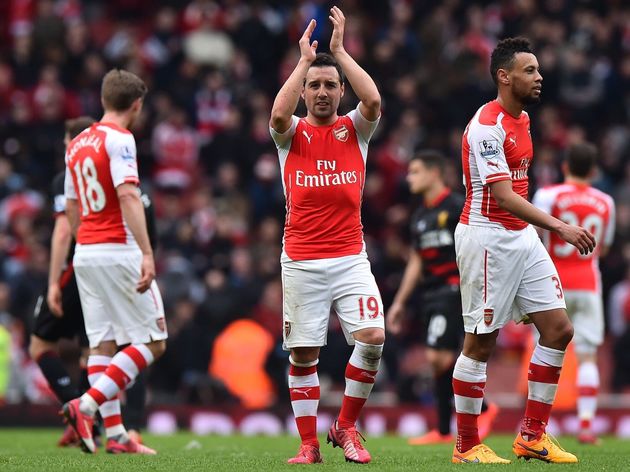 Five years ago today, an ​Arsenal team containing a front three of Alexis Sánchez, Olivier Giroud and Aaron Ramsey strolled to a 4-1 victory over Liverpool at Anfield.

Brendan Rodgers fielded Raheem Sterling as a lone striker that day while the Reds also boasted such illustrious names as Alberto Moreno and Lazar Markovic.

Giroud, Sanchez, Mesut Ozil and Hector Bellerin all netted for the Gunners while Jordan Henderson - the only Red who played that day who's still at Anfield - grabbed a consolation.

Things have got a little bit better for Liverpool since then. As for Arsenal? Not quite as much success. ​On this day in 2016, Antonio Conte agreed a three-year deal to manage ​Chelsea. His first season in charge went pretty well, with the Blues winning the Premier League title by seven points.

Deploying an ingenious 3-4-3 formation, Conte blew away the competition while midfielder N'golo Kante was voted PFA Player of the Year for his tireless performances in central midfield.

After this flawless inaugural campaign, Chelsea's form nosedived and they finished fifth the following term. Conte was sacked in July 2018 - keep an eye out for an On This Day on that one in a few months.