It is the second time since moving to Arsenal that Aubameyang has won the monthly award, having previously done so in December 2018 during his joint Golden Boot-winning campaign.

5️⃣ goals in 4️⃣ #PL appearances @Aubameyang7 is your @EASPORTSFIFA Player of the Month for September #PLAwards pic.twitter.com/FitYp9S9gJ

All five of ​Aubameyang's goals were important ones that directly earned points for ​Arsenal in their bid to finally return to the ​Champions League.

The 30-year-old kicked off September by scoring a crucial equaliser in the 2-2 north London derby against ​Tottenham. He later grabbed both Arsenal goals in another 2-2 draw against ​Watford a couple of weeks later, and then scored the winner in a 3-2 victory over ​Aston Villa.

 @PremierLeague Player of the Month

As we head into October, Aubameyang will be calling upon his teammates to help turn some of those draws into future wins with more polished performances. Arsenal have already managed one by earning a narrow victory against ​Bournemouth last weekend.

Unai Emery's side head to ​Sheffield United on October 21 when domestic football resumes after the international break, with further league fixtures against ​Crystal Palace, ​Wolves and ​Leicester in the weeks that follow. 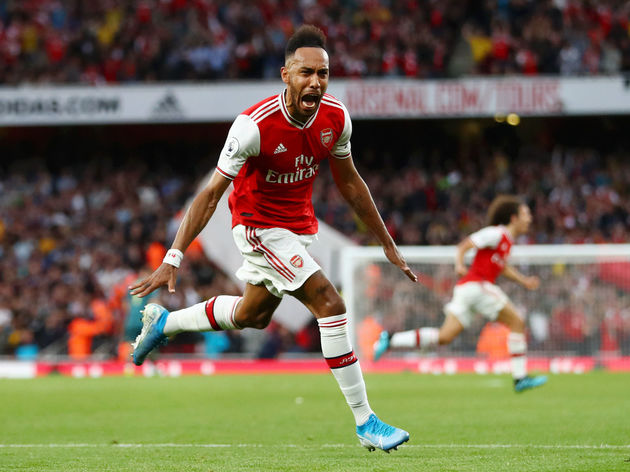 This month, Aubameyang is part of the Gabon squad for international friendlies against Burkina Faso and Morocco. His country have so far enjoyed a 1-0 victory over the former, with Aubameyang continuing to lead the team as captain.