The last Premier League football was played on 9 March and the calendar has been indefinitely suspended until the government deems it safe to resume. But finishing the 2019/20 season remains of huge importance and steps are beginning to actively ready players for that.

An ambitious return date for the EFL to return. . .https://t.co/sYuYcZbkNr

Players have been keeping themselves fit at home while the majority of the UK observes isolation, but the Daily Mail now writes that they have been ‘instructed to scale back their schedules’ until 4 May, before returning to full training by the end of the month.

That more or less means treating the current period as a typical ‘off-season’, where the focus would normally be on rest and recovery as opposed to staying as close to peak condition as possible. Players would then effectively do a mini pre-season before resuming the campaign.

That ‘pre-season’ could start on 5 May, even if full group training doesn’t resume for another few weeks after that. On that time scale, games wouldn’t likely resume until mid or late June.

Manchester City midfielder Kevin De Bruyne recently warned against the threat of an injury crisis if games resume too soon after training resumes.

1⃣ Donate to the @NHSuk
2⃣ Put on your full kit
3⃣ Post on social media
4⃣ Use #SubsForScrubs
5⃣ Nominate your mates!

“When you are idle for six weeks, normally you need a preparation of three to four weeks. If we restart immediately, everyone will be injured after a few games,” the Belgian said.

That a mini pre-season will happen in May also seems to back up previous reports of only a short break between the end of 2019/20 and the start of 2020/21, perhaps as little as two weeks. That will ensure that knock-on disruption of next season is kept to a minimum.

The Mail report further notes that players have been told to cancel any June or July holidays or travel plans they may still have had, and ‘be ready’ to resume football activities at just 48 hours’ notice. Even foreign players looking to visit home have been advised against leaving the UK, although individuals could be granted permission on a case-by-case basis as long as they are able to return immediately within 48 hours if things change. 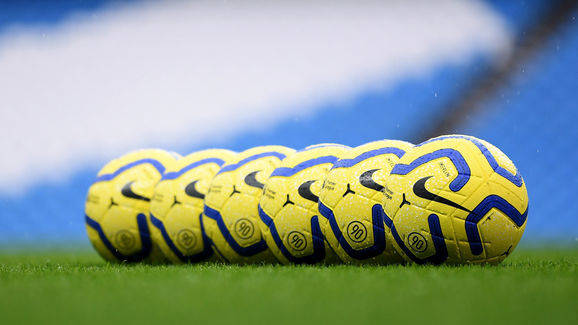 As for playing the games themselves, the FA is believed to have offered use of Wembley Stadium and the national training centre at St George’s Park to help with possible plans of clustering games so that several can be played in the same place on the same day.