​The Premier League will meet to discuss potential changes to the VAR system after a string of high-profile controversies since the start of the season.

Numerous sides have been left licking their wounds after harsh VAR rulings, with Everton and Arsenal both recently on the wrong side of decisions last weekend. In the 100 games in which VAR has been used this season, 26 decision have been made, but not a single referee has been called to look at the monitor before reaching a verdict. According to ​The Times, ​Premier League clubs are considering pushing to change the approach and encouraging officials to review footage themselves.

League officials were initially keen for referees to minimise VAR delays and instead simply agree with the ruling, but there is now a belief that officials would be better off making their own decision by looking at the monitors.

“The issue of pitchside monitors was raised at our last meeting in September but it was hardly debated — it will be different at the next one," the chairman revealed. 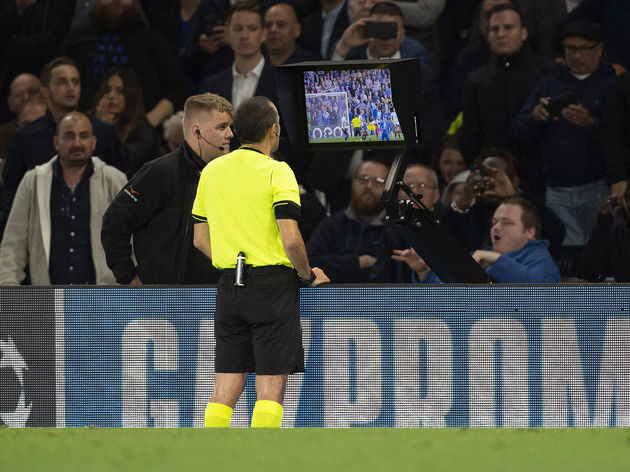 “There are probably ten clubs now who have been on the receiving end of VAR decisions who feel that if the referee had looked at the incident himself, he may well have made a different decision.

“There will be a lot of pressure now for the referees to engage with the monitors, especially if it’s going to change the outcome of a game. I think we will seriously consider making a change.”

One of the main talking points of the weekend came from ​Arsenal, who saw what would have been a late winner from Sokratis Papastathopoulos controversially ruled out in their 2-2 draw with ​Crystal Palace.

VAR overruled the decision, but it has divided opinion as fans and pundits alike have struggled to reach a conclusive verdict as to whether the decision was correct or not. "VAR is a good solution but for me the referees have to use [monitors] every time," the Arsenal centre-back admitted.

The hope is that, by allowing referees to view the incidents for themselves, it will lead to less controversy and criticism of VAR.