​Manchester City forward Raheem Sterling has joked that the Citizens cannot afford to slip up in the race for the Premier League title - as nobody wants to see Liverpool lift the trophy.

City currently sit one point ahead of Liverpool in the league table, and many fans of rival clubs have come together in their support of Pep Guardiola's men, hoping that the Reds do not end their 29-year wait for the title. 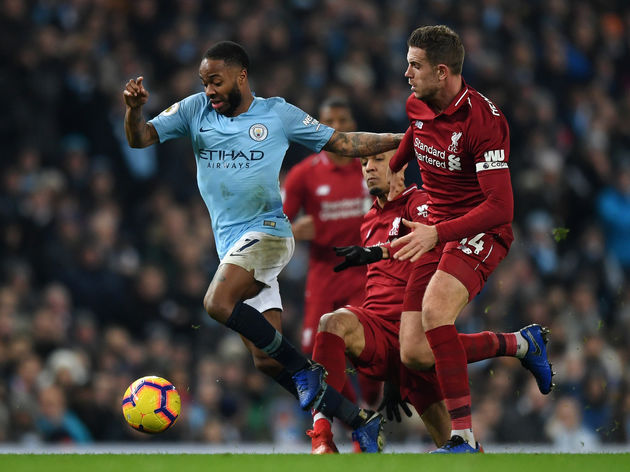 Speaking at the ​BT Sport Industry Awards, where ​Sterling won The Integrity and Impact award for his stance against racism, the 24-year-old joked that the rest of the ​Premier League are behind ​City.

"So you try to do your best to make sure you win the game. It's enjoyable, but it's just one of these things why I became a professional footballer, for moments like this.

"Win or lose it, you're still going to look back on it and just be grateful for these unbelievable moments."

His interview may have come to an end, but that did not mean Sterling was finished making jokes, and next up on his list of targets was ​Arsenal.

TV presenter Piers Morgan took to Twitter to praise the City star's emergence as a real role model for young players, but could not resist using the conversation to plead with Sterling to move to the Emirates Stadium.

His ​response was simple: "I'm running out of battery sorry."

This season, Sterling has racked up a stunning 23 goals and 17 assists in all competitions, establishing himself as one of the world's finest wingers. He is in the running for the Premier League's Golden Boot award, but will be more focused on securing the league title in the three remaining fixtures.

Wednesday's 2-0 win over United keeps City one point ahead of Liverpool at the top of the standings, and they will know that victories over ​Burnley, ​Leicester City and ​Brighton and Hove Albion would see them retain their title.